Survey: Support of EU has increased in Slovakia

Half of Slovaks have positive view of Slovakia’s EU membership 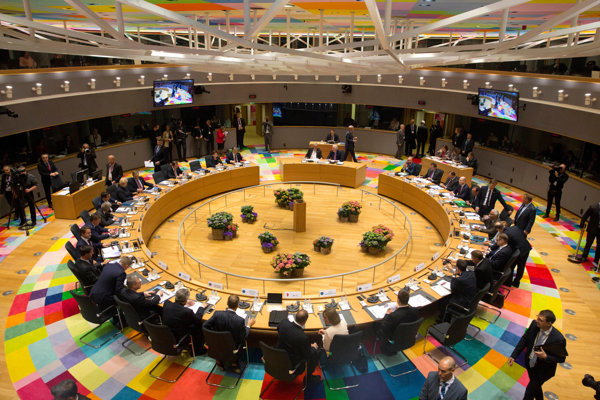 A general view of the round table meeting of EU heads of state at an EU summit in Brussels on April 29, 2017. (Source: AP/TASR)
Font size:A-|A+

Fifty percent of Slovaks consider the country’s membership of the European Union (EU) to be a good thing. While this is 4 percentage points more than during the previous Eurobarometer survey, it is below the EU average of 57 percent. Almost three quarters of Slovaks (74 percent) are convinced that Slovakia has benefited from membership of the Union. These are the findings of the latest Eurobarometer survey.

“This is one of the highest figures in the EU, as the EU average in terms of benefiting from EU membership was 64 percent in the survey,” said Soňa Mellak, communications attaché of the European Parliament’s Information Office in Slovakia as cited by the TASR newswire.

“In this case, however, the figure is below the European average [47 percent],” said Mellak.

The Eurobarometer survey also showed that Slovaks worry mainly about terrorism (48 percent), uncontrolled migration (45 percent), poverty (39 percent) and unemployment (36 percent). The survey was carried out in all 28 EU-member states between September 23-October 2. As many as 27,881 Europeans, including 1,084 respondents from Slovakia, took part.