Slovak residence to move to Washington

The Slovak Foreign Ministry plans to purchase a building and move the diplomatic residence, now located outside Washington, D. C., to the capital itself. 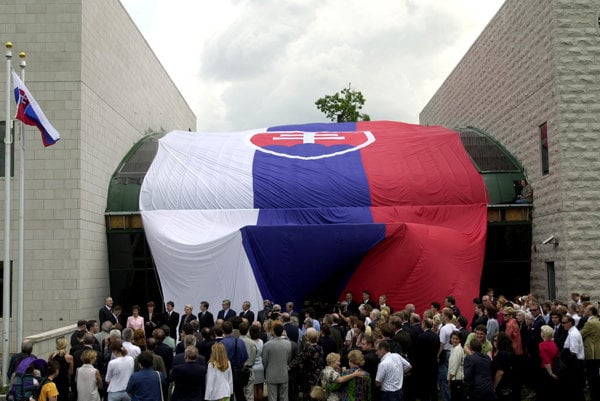 The ministry is asking the government to approve the launch of the procurement proceeding. The proposal is undergoing an inter-departmental debate.

Currently, the embassy diplomatic residence is located in McLean, Virginia.

“Due to poor accessibility, currently location does not fulfil the requirements connected with the fundamental purpose of a diplomatic residence,” the ministry explained, as quoted by TASR. “Slovakia is the only European Union member state that has a residence outside the capital.”

The ministry also points out that the current site was built immediately after World War II outside the capital, and in a locality where there are no diplomatic buildings. Its state is adequate to its age, as well as the limited resources, ensuing lack of maintenance and reconstruction work.

After the future location of the embassy diplomatic residence is completed, the foreign minister will send the best offer to the Finance Ministry and ask for resources. The costs should go from the public administration budget. Later, the building in McLean will be sold, the Foreign Ministry stresses.

“In the 25 years of Slovak diplomatic service, the investments in the properties owned and administered abroad were insufficient, reflected in the current unsatisfactory state of real estate owned by Slovakia abroad,” TASR cites the ministry.

Thus, it is trying to gradually invest in the renovation of the existing properties, also through reconstructions and sale.