A woman suffering from the flu virus has been put in artificial sleep. 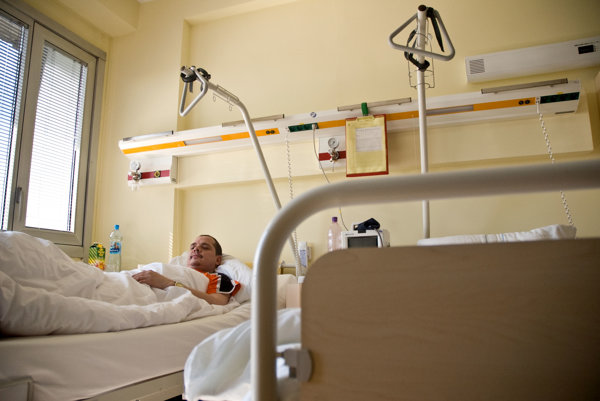 A 59-year-old woman from Bratislava, who is currently hospitalised in the Ružinov hospital in critical condition, is suffering from a pandemic flu virus. The doctors confirmed that this is the first case reported during this year’s flu season, the TVnoviny.sk website reported.

The laboratory tests confirmed that it is a pandemic flu virus from 2009, said chief hygienist Ján Mikas from the Public Health Authority (ÚVZ).

“The laboratory tests were positive for the flu virus type A/H1pdm09,” Mikas added, as quoted by TVnoviny.sk.

The woman is currently in artificial sleep.

This type of virus is common

The pandemic flu virus type A/H1pdm09 is a common seasonal flu virus that occurs in the population. Every flu virus can be dangerous, not just this one, ÚVZ informed.

“It is necessary to warn patients with chronic diseases and old people in particular, while flu can also be serious in the case of small children,” said ÚVZ’s spokesperson Zuzana Drobová, as quoted by the TASR newswire.

The hygienists recommend that people with weakened immunity, pregnant women and medical workers are vaccinated. The vaccination against flu is covered by all three health insurers.

The hygienists reported an occurrence of the A/H1pdm09 virus last year, but it was not fatal for the patient, TASR wrote.