Where can you find the hardest via ferrata in Slovakia? 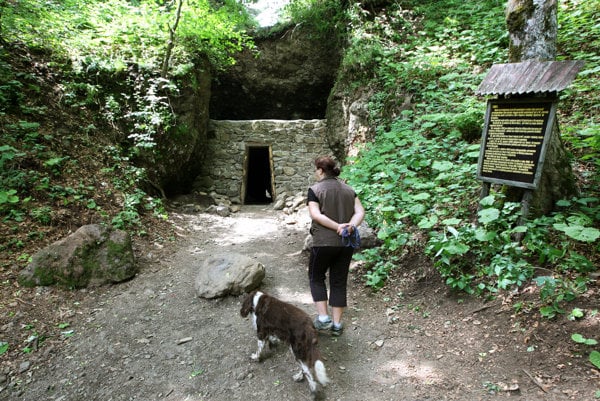 Gergely’s Tunnel can be found on via ferrata. (Source: SME)
Font size:A-|A+

The town of Kremnica decided to build the Komín (Chimney) educational path in the Kremnické Vrchy hills, making it the hardest via ferrata in Slovakia. The attraction situated near Skalka pri Kremnici will be opened on October 28.

The project received a subsidy of €10,000 from the Banská Bystrica Self-Governing Region, as well as another €7,500 from the Turiec-Kremnicko district tourism organisation and €5,000 from the town, the TASR newswire reported.

“People start the route on Pekná Vyhliadka and follow the red sign,” said Veronika Chrienová, tourism coordinator of Kremnica, as quoted by TASR. “A popular attraction is Gergely’s Tunnel, which was reconstructed two years ago.”

“Part of the route is also the short via ferrata on the Jánošíkova Diera rock with B-level difficulty for families with children,” Chrienová said, as quoted by TASR. “Tourists can also find boulder walls that offer climbing with various difficulties.”

Via ferrata Komín is situated in the terrain where special ferrata sets are required. These will be available at the Relaxation Centre in Skalka.