The new portal should be launched next summer and run in eight countries. 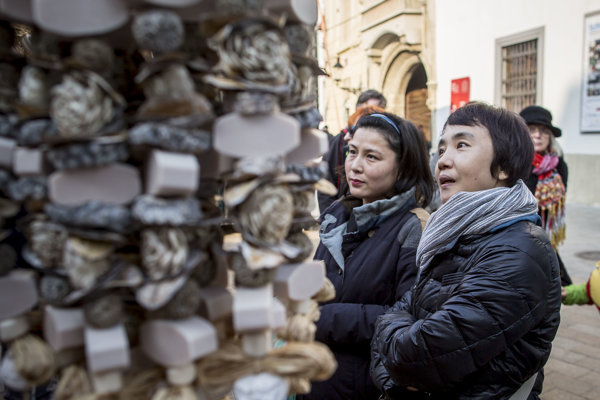 A new portal for migrants is expected to be launched next summer. Apart from them, the target group of the website, entitled Danube Compass, will be state administration bodies which should help migrants.

Moreover, a similar website is expected to be launched in Austria, Germany, the Czech Republic, Croatia, Slovenia, Hungary and Serbia, the SITA newswire reported.

The Slovak version will provide information about health care, education, various permissions and procedures, as well as various aspects of life in Slovak, English, Ukrainian, Serbian and Vietnamese.

“The aim of this project is to create a multinational information platform for migrants and public administration that will enable the migrants to integrate in the labour market better,” said Tatiana Podolínska, head of the Institute of Ethnology of the Slovak Academy of Sciences (SAV), as quoted by SITA.

The added value is that it is the multinational platform, accessed by the eight aforementioned countries and non-governmental organisations, she added.

Another positive is its geographical coverage and the cooperation of scientific and education institutions, added Boris Divínsky of SAV’s Institute of Ethnology.

He explained that there were about 93,000 legal migrants, of whom 52,000 are EU citizens, staying in Slovakia at the end of last year. As for the countries outside the EU, the most people came from the Ukraine, Serbia, Russia and Vietnam.

Before launching the website in all countries, SAV plans to test it in some cities, like Graz (Austria), Ljubljana (Slovenia), Zagreb (Croatia) and Munich (Germany). The website is expected to be fully operational next September, SITA reported.

The project is financed from the Danube Transnational Programme and it cost a total of €1.5 million.