Social democrats are in decline, issues involving refugees and extremists have harmed them

In Slovakia, social democracy has continued but in Europe it is in decline. It fails to face extremists, or to talk about refugees. 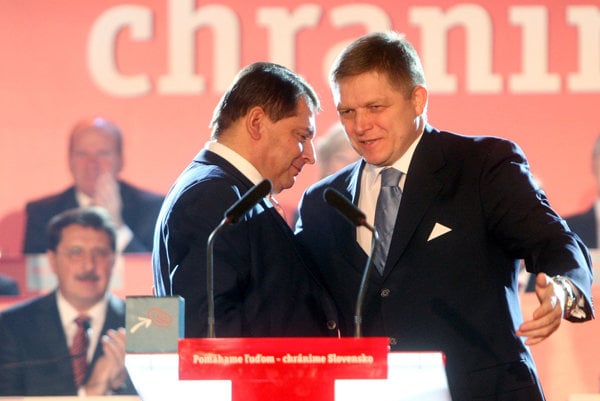 It used to be an election tradition that the only open question was who gets more votes. Since World War II, the Social Democrats have been missing in only three Austrian cabinets.

When the Austrian Chancellor Christian Kern left the meeting with his probable successor – People's Party leader Sebastian Kurz – on October 22, he seemed far from enthusiastic. He said only that the Social Democrats of the SPÖ party must prepare for opposition. “It was clear we would find little in common,” the Austrian Standard daily quoted him as saying.

At the same time, when the Austrian government started to shift more to the right, the Czech Social Democrats were searching their collective conscience. Their election defeat is part of a Europe-wide trend, however, as the driving force of European politics moves ever more towards the margins. Who is to blame?

“This is a tragedy,” vice-chair of the Czech ČSSD party, Jan Birke, reacted to their election results. “The party which won the previous election with 20 percent is now on a mere seven percent, and is preparing for opposition.”

“We should probably have talked more about what we are doing,” the party leader, Lubomír Zaorálek, commented on the result, as cited by the ihned.cz website.

Behind the slump in votes for the ČSSD is not just their failure to present their achievements or to manage the summer cabinet crisis but rather something which social democrats in other countries also tend to struggle with.