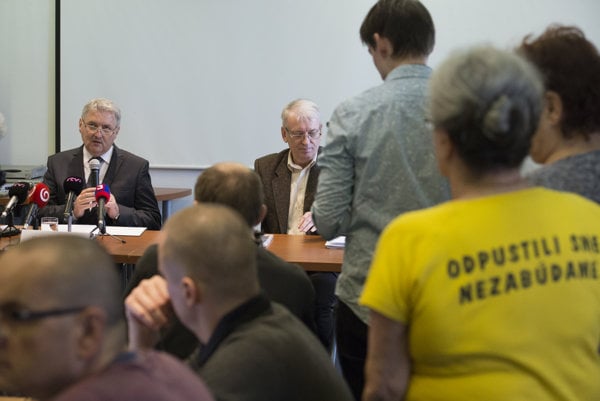 The Nation’s Memory Institute (ÚPN) head, Ondrej Krajňák, is resigning from his post as of November 1, due to the coalition’s amendment to the law concerning the ÚPN. He argues that it has significantly changed the way in which the institution is managed and has curbed his powers.

Krajňák is concerned that purges might occur at the ÚPN because the board of directors, as a collective body, has become its statutory authority and he doesn’t want to participate in this new system.

He has already handed in his notice as an employee but he will remain on the ÚPN’s board of directors until the end of its term. He wants to convene a meeting of the board as early as the beginning of November but it is questionable whether the ÚPN’s new chairman will be elected in time for this meeting. 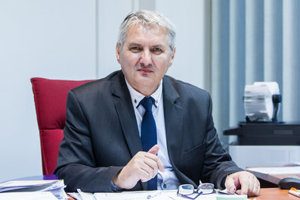 “Efforts to change the law came at a time when the ÚPN had gained respect not only at home, but also abroad,” said Krajňák as cited by the TASR newswire. “The amendment’s submitters in their explanatory report cite the desire for effective management of the institution among the reasons for the legislative change, but nobody will bear personal responsibility for the potential damage caused while managing the ÚPN.

He also pointed to the fact that according to the submitters, the legislative change was also made necessary by tense relations within the ÚPN.

“If this was actually among the motives for changing the legislation, the amendment has been personified, which contradicts the Constitution, as the law must be generally valid and cannot concern a particular case,” said Krajňák, adding that the reasons for adopting the amendment must have been much deeper.

He added that the ÚPN was fully engaged in prosecutions concerning former members of the communist-era intelligence service (ŠtB). In addition, the ÚPN has detailed and published the complete structure of the ŠtB on Slovak territory dating back to 1966, called for increased pensions for political prisoners and has been constantly reminding everyone of the actions taken by criminal regimes and at the same time, naming specific culprits.

“These are the actual reasons why the MPs of the governing coalition came up with the amendment,” he said.