The future of Europe lies in a more integrated EU, with the eurozone due to serve as the driving force behind such integration, Finance Minister Peter Kažimír opined at the GLOBSEC Tatra Summit 2017. 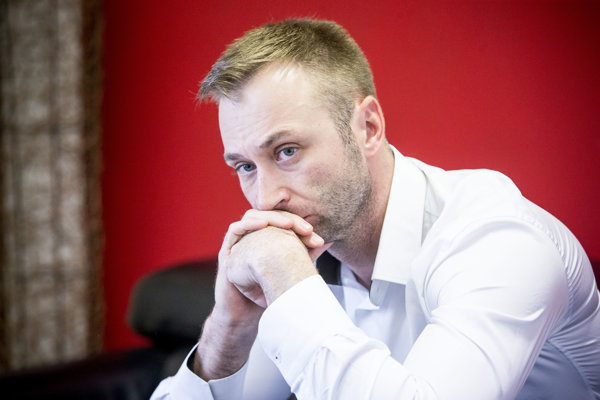 “What we need to achieve is a more durable, better operating eurozone with a clear strategic orientation,” Finance Minister Peter Kažimír said during his speech at the GLOBSEC Tatra Summit 2017 international conference on October 28, as cited by the Sme daily. The future of Europe lies in a more integrated EU, with the eurozone due to serve as the driving force behind such integration, he added.

The main topic of the two-day conference that ended in Štrbské Pleso (Prešov Region) on October 28 was the continuation of EU integration, GLOBSEC’s organisation president Robert Vass told the TASR newswire.

What was special this year at the Tatra Summit

This year’s event was extraordinary because it was held in the High Tatras and with a smaller number of participants, but those who are decision-makers and have clout over the future of Europe, according to Vass.

“This format proved its worth,” Vass added, as quoted by TASR. “It turned out that a smaller and more intimate summit affords a more open debate.”

In terms of European policy, Vass perceives as critical the statements about the need to develop a multi-speed EU.

“We won’t be able to avoid this, it’s inevitable,” he noted, as quoted by TASR. “As the French minister for European affairs [Nathalie Loiseau] stated earlier, countries that are ready will go further and those that are not… we understand that, but they cannot block the process of closer integration.”

During the debate, Slovakia clearly demonstrated that it wants to form a part of the EU core. One of the key matters yet to be completed is the eurozone.

“The banking union is not completed yet,” Vass said, as quoted by TASR. “It was here in which many recommendations came. If we want to be a part of the EU integration core, we need to make more active contributions.”

After months of discussion on the future of the EU, it has become evident that there is not only a great interest in continuing such discussion, but also making progress in specific spheres of integration, European Commission Vice-President for Energy Union Maroš Šefčovič said at the Tatra Summit 2017 on October 27.

“The basis of our stance must lie in unity, the effort to go as far in the 27 (countries) form as possible, but it has already become evident that we won’t adapt to the pace of the slowest member,” Šefčovič added, as quoted by TASR. “Those countries wishing to continue with the integration will be given room to do so and will undoubtedly make faster progress.”