The winner of the journalistic photographs’ competition is not journalistic in stricter sense, professionals argued. 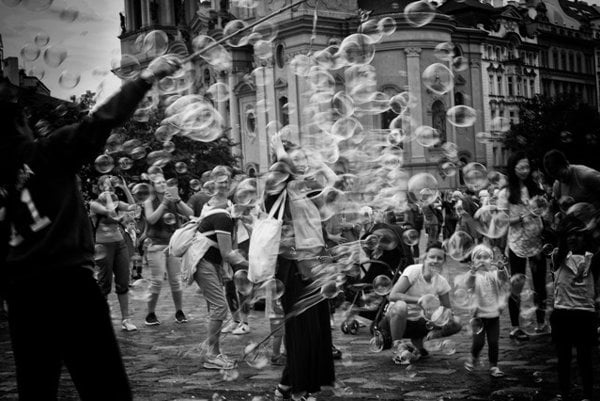 The Slovak Press Photo has seen several novelties, improvements in some categories but also a decline in some others.

One of the new things is the participation of Slovenia in the international part of the contest – which defies the adjective “Slovak”. In fact, two parts of SPPh are international: the Young Talent of The Year, meant for international photographers under 25 years of age and students, and the Central-European Photography, both open to photos from the Czech Republic, Hungary, Poland, Austria, Ukraine and Slovenia. 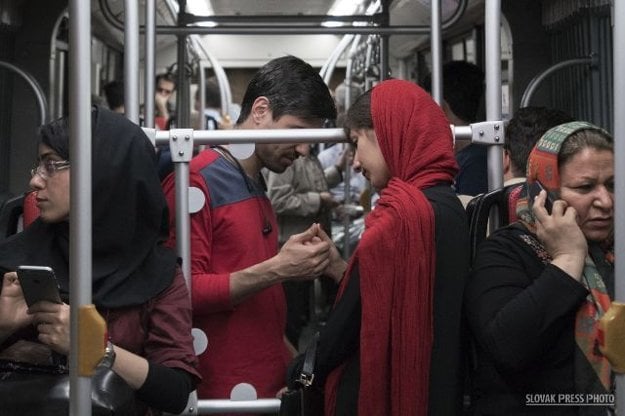 The former category was won by a Slovak, Soňa Maletz, and the latter by two Poles, Konstancja Nowina Konopka in the category of individual photos, and Damian Lemański in the series’ category. 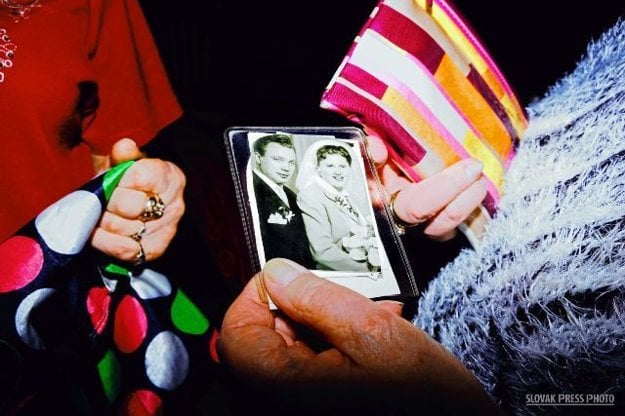 Thanks to Berman, and also another US photographer, Stanley Greene who, apart from being a jury member, also gave a workshop in Slovakia, exhibited in the Bratislava City Gallery (GMB), and helped spread the word about the competition in other countries, the SPPh has already been noticed by the World Press Photo and a future possible cooperation looks probable, organizer Jana Garvoldtová said. 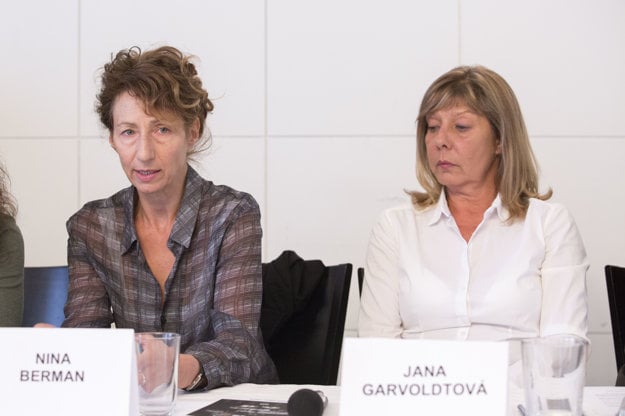 This year, Berman exhibited in the GMB, too, and offer a continued cooperation with the project.

Winners, losers and not awarded titles

A total of 2,055 photographs – a record of the contest – by 185 photographers was divided into several thematic categories, and in each category, there were series and individual pictures evaluated. Also, there was the Bratislava Grant awarded by the Bratislava Mayor Ivo Nesrovnal.

After several years of poor quality, some categories, like the Nature, have improved visibly, juror Hojstričová said, adding that there are famous and good-quality photographers in Slovakia but it seemed they do not care to compete in this project until now. However, this has changed recently. 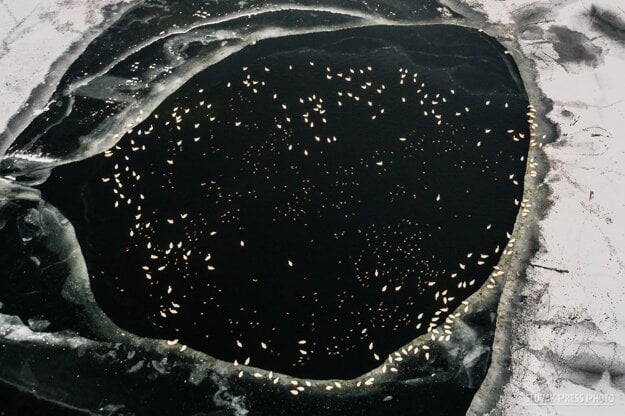 The Reportage category was poorly represented this time, and the jury did not award a single prize.

From among the categories, the Portraits were very strong, while also Daily Life of The World of Art were represented very well, both as for quantity and quality. 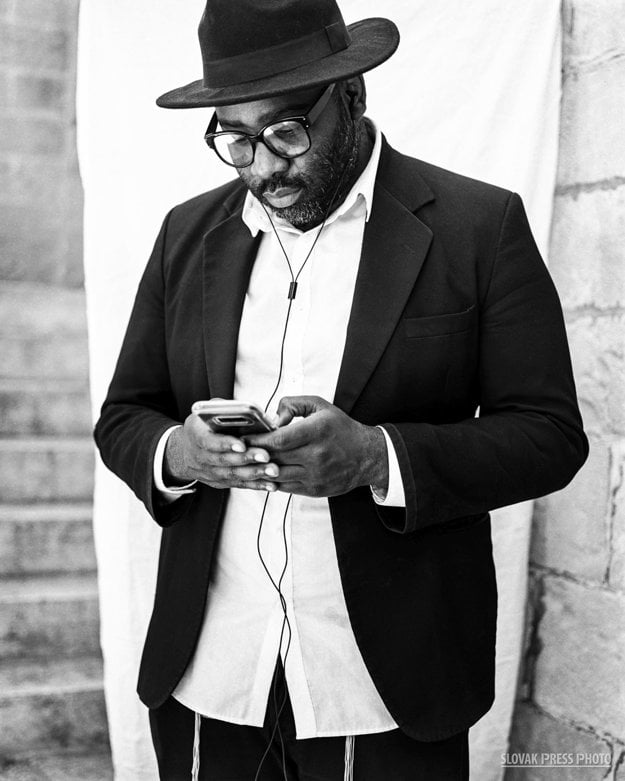 The category of Sport could be better, though, jurors agreed, and not all prizes were given. “This is a pity,” Hojstričová noted, “as we provably have at least one international star, cyclist Peter Sagan, who could be more portrayed by his countrymen,” she added. A Special Award in this category went to Jozef Jakubčo from the Sme daily – exactly for making a series of photos from Sagan’s Polish race and also from the way he was hailed by his fans there. 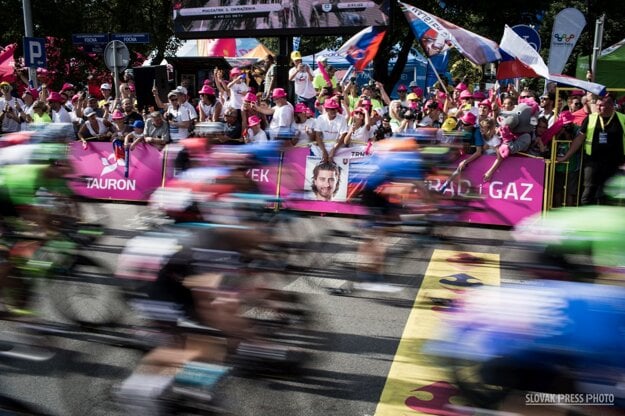 “I knew Sagan was popular but I didn’t expect such an interest,” Jakubčo said for his daily. “When he only left the car, the whole crowd turned towards him; he had no second of peace, everyone wanted to make a common photo with him, everyone took their mobile phones. He pretended not to mind but I think he missed his privacy.”

The winner of the Daily Life category, called Prague 2017, Old-Town Square, by Andrej Belovežčík became also the overall winner of Grand Prix 2017. The picture caused some controversy, though, as it does not show any scene or event that would be typical for journalistic photography; but, instead, it shows a happy moment from the crowded square, one of the most visited ones, in the Czech capital.

“The winning photo drew the interest of the jury with its positive message – apart from the photographic quality,” Jindřich Štreit said, adding that the jury’s decision were difficult, with differing opinions and a lot of discussions among jury members, sometimes caused also by the differing background of US and French jurors on one side, and the Slovak and Czech ones on the other. He also noted that the photo of IT teacher from Stropkov in eastern Slovakia, Andrej Belovežčík shows that at a time when main squares in European capitals become sites of terrorist attacks, fear, grief and security measures, such a public space can bring optimism and happiness, too.

Štreit also praised the winner of the Bratislava Grant, Olja Triaška Stefanovič who, being a non-Bratislavan, managed to capture the changing face of the Slovak capital and its architecture.

The awarded pictures of all categories can be seen until the end of November in two places, in the Bratislava City Museum, and in the Justi’s Hall of the Primate’s Palace in downtown Bratislava, lying close to one another.