In some eastern municipalities, suspicions of vote-buying have been reported; while in several villages in western Slovakia, a power blackout caused the closing of election rooms and the postponing of the deadline. 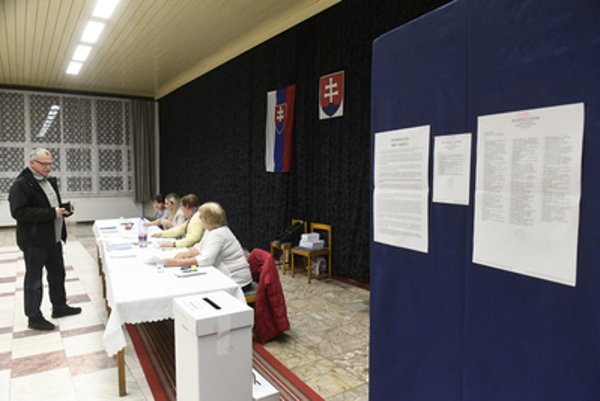 Regional elections progressed without major disturbances around the country. Several villages in Trenčín Region were left without electricity in the evening, hence the vote suspended for one hour and 10 minutes and subsequently prolonged until 23:15.

Suspicions of vote-buying were reported in the week preceding the vote. On election day, such suspicions were reported from the Michalovce district in the east of the country, in the municipalities of Veľké Kapušany and Drahnov.

“The unconfirmed information involved the polling district in a local Roma settlement,” said Vladimir Juričko, head of the election commission in Michalovce who made the trip to Veľké Kapušany. “When we came there, nobody was able to confirm it. The issue is now in the hands of the police and they are investigating whether it is founded.”

The police are now dealing with the motion, the SITA newswire reported.

Some other regions report corruption

The Specialised Criminal Court in Banská Bystrica on November 3 took four men charged with electoral corruption into custody. Three of them offered the Roma votes for candidates for councillors in Žilina district and one in Prešov district, the Sme daily wrote. The suspects from Žilina offered, between September and November 2017, at least a thousand Roma votes to a candidate for Žilina regional councillor from Podturňa, asking for €3 per one vote. The candidate reported the case.

The decision is not final yet, as both the prosecutor and the accused filed a complaint, which will be decided upon by the Supreme Court.

The public-service broadcaster RTVS reported that in other places in eastern Slovakia, Ukrainian citizens were reportedly brought to vote even though the locals had never seen them in the village and they are not known to have permanent residence there.

The National Crime Agency (NAKA) has opened eight criminal proceedings over the suspicion of election corruption, Police Corps Vice-President Ľubomír Ábel told a press briefing on the sidelines of a meeting of the State Electoral Commission on November 4, as reported by the TASR newswire.

The police have received 27 complaints concerning the regional elections taking place on November 4, but 19 cases have been evaluated as mere misdemeanours.

Police specialists visited socially excluded communities before the elections, said Ábel, as reported by TASR, adding that a relatively higher number of officers were dispatched to high-risk areas.