Slovak President Andrej Kiska thanked voters, and commented on the outcome of the country’s regional election. 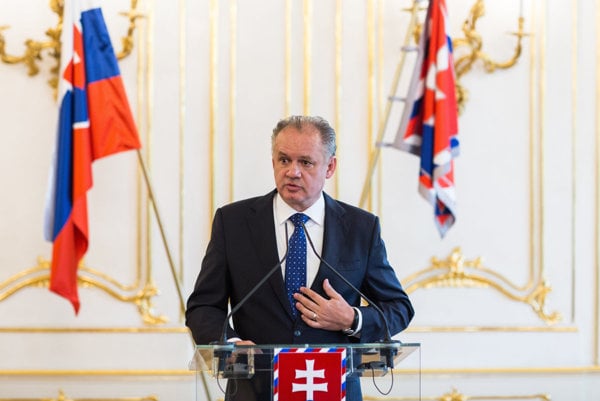 "I thank all voters who used their right to vote and decided, through their participation in yesterday’s election, to influence who will govern in their region – in addition to what the atmosphere in the country will be like,” Slovak President Andrej Kiska wrote on his Facebook profile one day after the election, on November 5.

People opted for change in most self-governing regions, the president wrote, adding that it turned out that if voters can choose good candidates, political competition can be balanced and nothing is lost – or won – in advance. He also sent a message to the regional governors and councillors that he is keeping his fingers crossed for them, and that he expects them to contribute to the development of their corresponding regions and improve the lives of the people who gave them their trust.

“I am very happy the extremists received a thrashing on Saturday,” Kiska also wrote. “We defeated hundreds of their candidates in all the regions with our strongest weapon – a free vote in democratic election. No, this does not mean that we have totally suppressed fascist evil in Slovakia, but we made a crucial step.”

He added that the voters of Ján Lunter [who defeated incumbent extremist governor in Banská Bystrica] overwhelmingly expelled the fascists from the lead in Banská Bystrica Region, while voters in other regions did not give the extremists the chance to succeed.

The president concluded his post by sending his respects to everyone who contributed to a modern, self-confident, democratic Slovakia winning on November 4.