Blatné intersection will be opened one month earlier than expected

Drivers must prepare for certain limitations in late November. 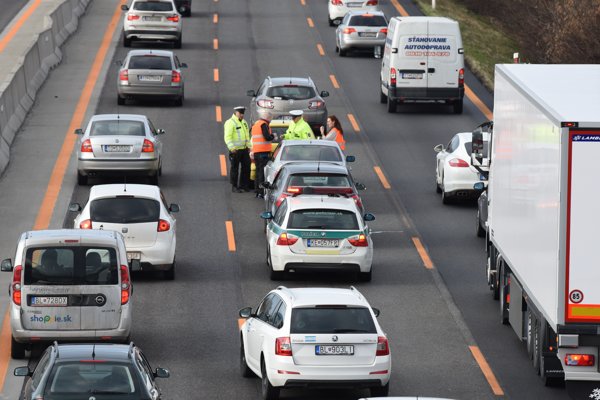 The construction work on the cross-country D1 highway’s intersection near Blatné will finish one month earlier than expected. The National Highway Company (NDS) plans to open the road in late November.

As a result, drivers from Senec (Bratislava Region) and its surroundings will have a fully-fledged connection to the highway from all directions, the TASR newswire reported.

“The works on the Blatné intersection are nearly over,” said Michaela Michalová, the NDS’ spokesperson, as quoted by TASR.

The NDS is currently preparing the horizontal and vertical signage, fastening the steel and concrete crash barriers and finishing the transition sections from the new cement-concrete cover to the existing asphalt layers of the highway as well as the northern branches. It will also add vegetation and complete the drainage works.

The re-routing and gradual opening of the Blatné intersection will take place in several phases, each accompanied by certain limitations.

The NDS also plans to disassemble and remove the old crash barriers and will draw signage on the right side of the highway and the turning lane, Michalová said, as reported by TASR.