The money police found in the backpack of long-time railway official, Štefan Hlinka, is allegedly “clean”. 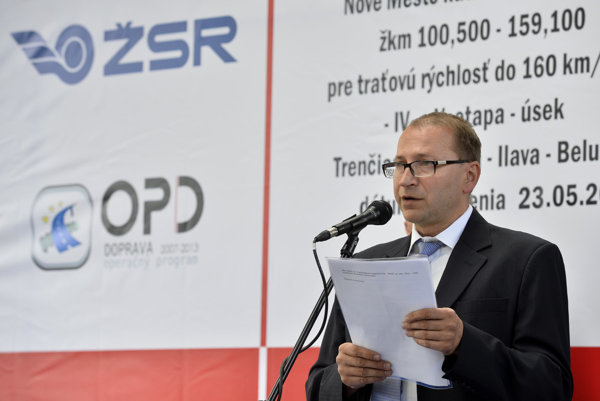 The €300,000 lost by Štefan Hlinka, the former general manager of the Železnice Slovenskej republiky (ŽSR) state railway company, have been returned to him by the police after they had checked into its origin, the Sme daily wrote on its website on November 6.

TV Markíza reported that the police have so far been unable to prove that the money came from illegal activities and could not retain it any longer. The investigator has not yet opened a criminal prosecution.

“The best interests of this proceeding will be furthered by the National Unit of the National Criminal Agency's (NAKA's) Financial Police,” head of the NAKA, Peter Hraško, told Markíza.

The police investigated where the money belonging to Hlinka came from and whether it was the proceeds of criminal activity. Parliament registers show that the last property return from Hlinka was in 2013 when he reported a yearly salary of €72,000, some property, a garden and cash on account.

Hlinka lost the backpack containing €300,000 in the summer, at a petrol station in Tatranská Štrba, Sme wrote. He claimed then that he had found the money in the house of his late mother. The person who found the backpack is, according to the law, entitled to a reward of 10 percent, i.e. €30,000. It is not clear whether Hlinka will really pay the reward. 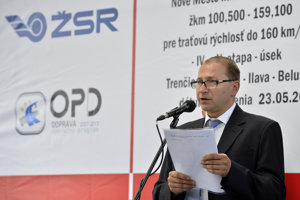 Hlinka has been employed by ŽSR since 2002, holding various positions there. Previously, he worked for the paper mills in Ružomberok.

He first became manager of ŽSR in 2008, appointed by the then-transport minister Ľubomír Vážny of the Smer party. After the 2010 election when the cabinet of Iveta Radičová came to power, he left the position. Later, after the second cabinet of Smer and Robert Fico took over, with transport minister Ján Počiatek, Hlinka was re-appointed to lead the company. He left the position again in 2014 but has remained with the company and has been on unpaid leave since September.

Hlinka was also a member of the board of the cargo railway haulier, Cargo Slovakia but his five-year term ended this summer.

ŽSR administers the railway infrastructure – rails, crossings, stations and platforms with an annual budget of €364 million. When Hlinka was head of ŽSR for the first time, the company announced a much criticised tender in 2009 to speed up the track around Trenčín. The tender worth €244 million was won, after several complaints, court proceedings and protests from the European Commission by a group of entrepreneurs involved with the TSS Grade construction company. A cheaper bid by Skanska, for €200 million, was refused by ŽSR. Due to doubts about fairness and transparency, Slovakia gave up on financing the project from EU-funds and the railway company paid for the work from its own resources.