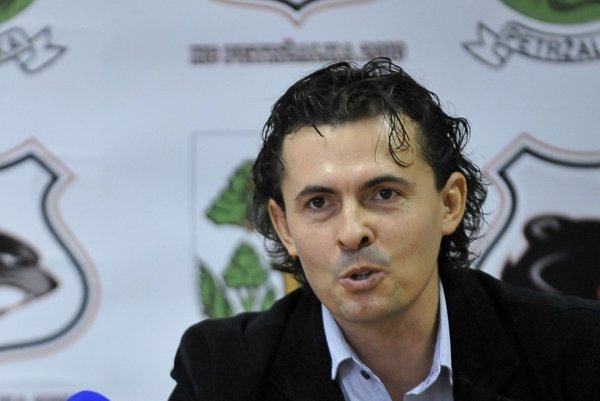 Lukáš Machala is leaving his post as general secretary of the Education Ministry’s personnel department only after a month. Education Minister Martina Lubyová (nominee of the Slovak National Party, SNS) submitted a proposal to this effect at the November 8 government session, and the ministers approved it, the Denník N daily reported.

“After thorough consideration and agreement with the minister I decided to leave the post of the Education Ministry’s general secretary,” Machala said, as quoted by the Sme daily.

Before he started working at the ministry, Machala had been working as an advisor to SNS chair Andrej Danko, and the party chose him for the ministry post.

Lubyová said that Machala was leaving at his own request, and she just accepted it.

“If he did not wish leave, he would probably continue working at the ministry,” Lubyová said, as quoted by Denník N.

When asked whether she was satisfied with his work, she replied that he was working within his competences. Machala is an expert, the minister added.

The new general secretary of the ministry’s personnel department will be Mario Schrenkel, former leader of the National Agricultural and Food Centre, a research organisation of the Agriculture Ministry. It is also led by an SNS nominee, Denník N wrote.

Machala is a son of Drahoslav Machala, former advisor to Prime Minister Robert Fico, who physically attacked poet Tomáš Janovic and his wife in April 2012.

He is also known for spreading conspiracy theories and fake news on the internet. This includes the news that the Illuminati are preparing World War lll and the only one who can save the world is Vladimir Putin.

Machala, who confirmed that he is departing the ministry after mutual agreement, said he will return to the SNS as Danko’s advisor, adding it is where he belongs.