Thanks to workers, the pride of the Gaderská valley is vital again. 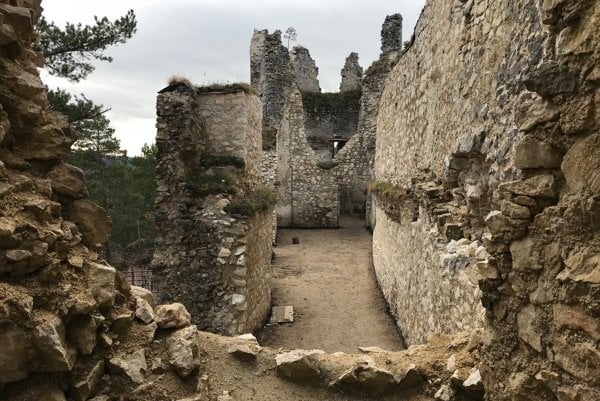 It has been almost ten years since supporters of Blatnický castle decided to renovate. After two years of preparation, creating projects, discussing with preservationists, archaeological researches and collecting money, reconstruction started in 2009. Today, it is possible to see significant changes, My Turiec portal wrote.

“The core of our work is in the centre of the castle, the oldest part that originates from the 13th century. Paradoxically, masonry is the most compact, but we still had to take out multiple dozen tons of trash,” said Iveta Vaňková, head of the citizens’ association Diadém, the association for saving Blatnica castle, as quoted by My Turiec.

“We had to dig it away, sift it and sort it out because we used part of the material when strengthening the walls,” she added for My Turiec.

In the space of the castle, the vault over the small and big cellar is finished. Next year, there should be a small exposition about the history of the castle and the process of the reconstruction works, My Turiec reported.

The stabilization of the north-eastern tower of the castle was also successful in recent years. However, works are still going on also in the “main” south-western tower. Besides strengthening the masonry, the stair handrail were in really bad condition, My Turiec stated.

“I believe that in the summer of next year we will start reconstructing of the stairs. If we are successful, we will create an interesting touristic circuit,” said Vaňková who is in charge of twenty workers that work about six months per year on castle renovationse thanks to national programmes of the Ministry of Labour and Ministry of Culture, My Turiec wrote.

Blatnický castle has became a tempting attraction for tourists in the last few years. Every summer, there are more and more tourists coming.

“During the holidays, there were days when even 400 people visited the castle in a day,” said Vaňková, as cited by My Turiec. “We welcomed children from various camps and school trips. We have a guide for the castle who talks not only about the castle’s history but also about the reconstruction and our future plans,” she added for My Turiec.

Besides the castle, tourists are lured by the Titanic, as the view over the Gaderská valley has been named by tourists.

“We created a viewpoint at one of the residential towers of the first lower castle. From there is a beautiful view over the Gaderská valley and it’s a perfect place for taking pictures,” continued Vaňková for My Turiec, adding that if the weather is good, it’s possible to see the mountain peaks of Tlstá, Ostrá, Pekárová and Kozia Skala.

“We plan to create another viewpoint at the south-eastern tower,” said Vaňková, as cited by My Turiec. 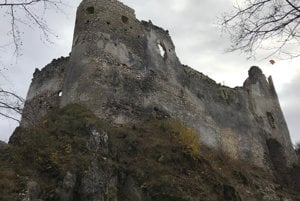 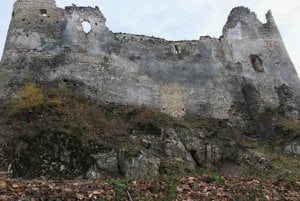 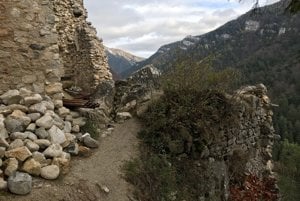