The festival will offer the best of this year’s wines from the boroughs of Rača, Nové Mesto, Vajnory and Devín 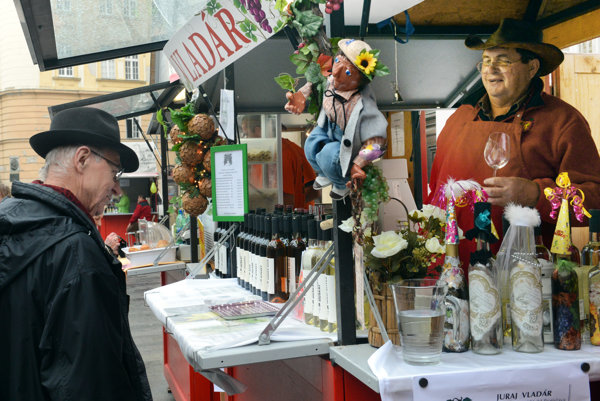 Saint Martin’s Days, marking the feast of one of Bratislava’s patrons, St Martin, on November 11, are due to perk up Bratislava’s centre this coming weekend, joining the Old Town’s kermesse and the Young Wine Festival of Bratislava.

The festival will begin with the blessing of the new wine at the Saint Ladislaus’ Chapel in the Primate’s Palace at 16:00 on Friday, November 10. The square in front of the palace will then host a tasting of the best of this year’s wines from the boroughs of Rača, Nové Mesto, Vajnory and Devín, lasting until Saturday evening.

Meanwhile, a fete will be organised on Rudnayovo Square offering mulled wine and various specialities, including roast ox.

“It will be sold at a symbolic price on Saturday from 14:00, with the proceeds due to be given to charity,” said Marek Papajčík from the Bratislava city hall communication department as cited by the TASR newswire.

The kermesse will include a ceremonial mass at Saint Martin’s Cathedral to mark the saint’s day and lantern processions in the Old Town on Saturday, November 11, and at Bratislava Castle on Monday, November 13.

Wine-growing traditions in Bratislava go back 3,000 years, as the area used to be known for centuries as Slovakia’s most noted wine region.

Several curious legal prescriptions were linked to Saint Martin’s Day in Bratislava in the past. For example, it was permitted to serve wine in the city’s cellars even during the so-called ‘Bannzeit’, when all other Bratislavan wine-growers were prohibited from selling wine. Meanwhile, wine was served in the underpass of the Old City Hall, at the Franciscan monastery in the centre and at the so-called Apostolic Cellar in the Green House, which was ceremonially visited on the day by the mayor and councillors to taste the new wine.