US-Colombian e-bassist and composer with a life story resembling a novel, known as Snow Owl, will give a gig in Slovakia. 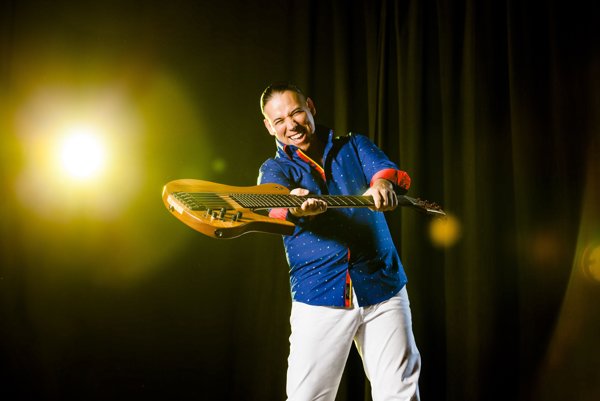 The artist of the Inner Circle Music Europe, Juan García-Herreros aka Snow Owl, will give a concert on November 11, 19:30 in the Blue Note Jazz Club in Nové Mesto Nad Váhom.

He is a Latin Grammy nominated e-Bassist and composer whose latest album has been awarded with three Global Music Awards and who is listed among the 10 best e-bassists in the world, Mona Müller informed for the Inner Circle Music Europe. She added that his music is best described as jazz/world-jazz genre and that he is a Colombian artist who had to leave his country aged nine, due to the drug and civil war there.

He was raised in the USA where he succeeded as an autodidact in winning a scholarship for the Berklee University in Boston. His career sometimes sounds like a novel, because Juan García-Herreros started as a refugee without money and support; and he managed to get on tour with stars like Elton John, Christina Aguilera or Jennifer Lopez.

After witnessing 9/11, he decided to leave the USA and came to Austria to start his solo career with his ensemble Snow Owl. His second album Normas was nominated for the Latin Grammys and his latest album The Blue Road won three Global Music Awards for the Best World Jazz, the Best Album and the Best New Release, Mona Müller added.