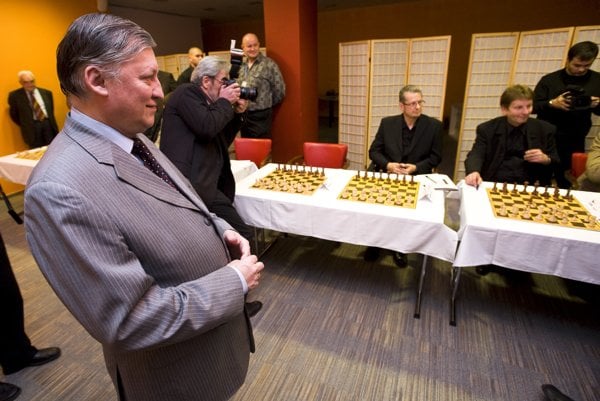 Russian chess legend Anatoly Karpov was the guest of the Jenewein Chess tournament in Bratislava in 2008. (Source: TASR)
Font size:A-|A+1

Russian chess grandmaster Anatoly Karpov will come to Bratislava in mid-December to attend a Christmas chess tournament that will be held as part of the city’s Christmas markets. Speaker of Parliament Andrej Danko (Slovak National Party/SNS) announced the visit after meeting Karpov in Moscow on November 13.

“I’m looking forward to organising a Christmas [chess] tournament to go with this year’s Christmas markets in Bratislava,” said Danko as cited by the TASR newswire. “I would like to ... re-establish the chess tradition in Slovakia, as following the revolution in 1989 some Slovaks not only stopped learning Russian, they also stopped playing chess completely.”

The chess champion, who is currently serving as vice-chairman of the committee for the State Duma’s international relations, at a private meeting with Danko later in the afternoon, promised to play a game against the winner of Bratislava’s chess tournament.