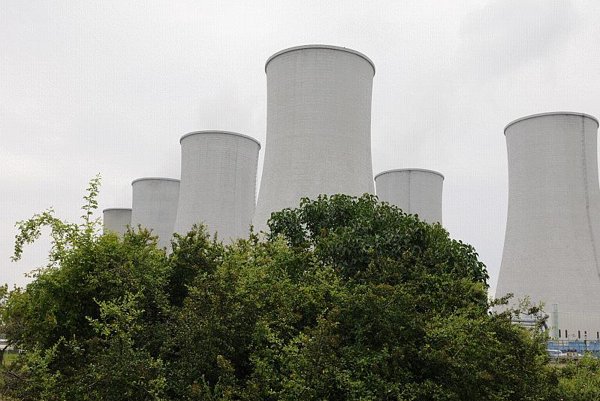 A total of 33 operators, including the operators of block control rooms, want to leave, the Pravda daily wrote on November 14.

As a result, the nuclear power plant may face serious problems from the start of next year, since it is not easy to find replacements for these positions. These employees have passed a state exam for which it is usually necessary to study for one to two years.

The transfer of people working in the nuclear power plant in Mochovce (Nitra Region), also managed by SE, is not an option as the employees are trained for one specific operational centre.

On the other hand, the operators as well will have difficulties finding a new job under similar conditions, since their current work is too specific.

What do the employees want?

"The operators have always wanted more," an unnamed source close to the SE told Prvada. “The mangers knew they had to negotiate with them – and so now, the management has failed.”

The source added, though, that the employees may not be too serious, resigning as a form of pressure instead.

The problems started when a collective agreement (effective from the beginning of 2017) with trade unions was signed: the representatives of operative-technology staffers refused to sign it. The agreement is not very generous towards employees, since it scraps their additional pension savings and the one-time annual bonus, amounting to €1,200 last year.

So far, the safety of NPP Jaslovské Bohunice is not threatened, since the employees threatening to leave are still doing their jobs. The spokesperson of SE, Miroslav Šarišský, did not answer Pravda as to whether the company is prepared for the employees actually leaving after the notice period.

“We are negotiating with the employees involved, and believe we can achieve a fair solution,” Šarišský answered.

The required salary hike of 30 percent seems outlandish to SE. he added. The spokesperson opined that the operatives are remunerated adequately, with 2.5 to 3.7 times the average monthly wage in Slovakia, effectively around €2,000 to €3,000 a month.

SE spent more than €81 million on salaries last year; thus, the required hike would mean just a fraction of this amount, around €300,000 a year.

Such a potential salary hike could even motivate operators from NPP Mochovce toward a similar step. However, the situation is different there, as it would be simpler to move employees from unfinished blocks 3 and 4 of the power plant.

These blocks are not completed yet, and this completion is one of the factors pushing the overall expenses of SE down and forcing it to save money, on remuneration as well.

Another entity dealing with the potential safety threat in Jaslovské Bohunice is the Citizen Information Office founded six years ago and comprising 11 mayors from nearby municipalities threatened by nuclear facilities and five representatives of power companies.

“The safety of the NPP operation could be threatened in case people with insufficient experience replace those leaving,” mayor of Veľké Kostoľany Gilbert Liška, chairman of the office, told Pravda.

The office will want to know how the staff who filed notices will be replaced, he added.