In the city of Žilina, vehicles were stopped with dozens of illegally transported Iraqi, Iranian and Syrian nationals. 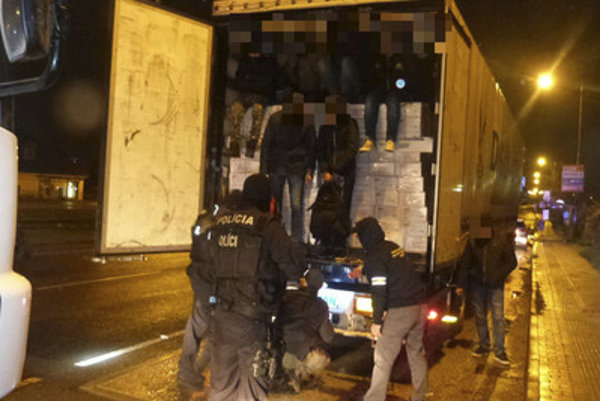 “At 00:30 on November 14, 2017 police officers stopped two lorries on Námestie Hrdinov [Heroes’ Square] in [Žilina’s] borough of Budatín,” she said, as quoted by TASR. “They asked the drivers of Turkish nationality to open up their trailers and at the same time notified colleagues from Financial Administration, since the lorries had been sealed. When the trailers were opened, they found that besides goods there were 78 men, women and children of Iraqi, Iranian and Syrian nationality in the vehicles.”

The foreigners probably boarded the lorries in Romania and were travelling via Hungary and Slovakia to Germany, according to preliminary information. The fare for this “one-way ticket” was around €500 per person.

The police officers escorted the detained foreigners to the foreign police department in Bratislava.

An investigator from the National Unit for Combating Illegal Migration has already launched a criminal investigation regarding this crime of human smuggling, Baloghová added, as cited by TASR.