The end of white horses, speculative mergers and transformation of cooperatives?

Everyone in the loop, i.e., the white horse, the old transferring shareholder and the person who identified or “provided” the white horse, may face imprisonment of up to 15 years depending on the damage caused to the creditors.

Will this amendment spell the end of white horses, speculative mergers, hesitation on how to use other capital funds and transformation of cooperatives?

The Slovak Parliament’s amendments to the Commercial Code, Criminal Code and ten other laws, effective as of November and January 2018, are dealing with a number of changes, most important of which are:

Unfortunately, parts of the amendment are rather vague, which may result in an excessively broad interpretation by state authorities but also “toothless” provisions.

A/ Increased responsibility of statutory bodies and shareholders (effective from January 1, 2018)

The current scope of liability of statutory bodies is extended to factual directors, i.e., persons who are not statutory bodies, but actually perform their competencies without having been appointed to that function (e.g., a person controlling a “white horse” who was appointed as an executive director). It will be interesting to see how it can be proved that a certain act was not made by the “white horse” executive director but rather the factual director. 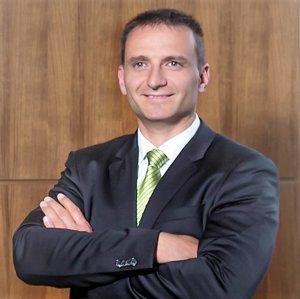 B/ Stricter rules on mergers (effective from November 8, 2017)

These forms of dissolution of the company without liquidation will require compliance with the following conditions:

The first condition – liability value lower than registered capital value – must be proven by the auditor’s report. Companies that are not required to verify financial statements by an auditor must also provide an auditor’s certificate indicating that the receivables and liabilities of the company being acquired correspond to the economic reality.

Members of the company’s bodies (not only statutory bodies, but also members of the supervisory board or other competent bodies) who are engaged in a merger in breach of the above conditions shall be directly liable to the creditors of the merged companies.

C / Rules for the creation and distribution of capital funds (effective from January 1, 2018)

These highly anticipated rules will do away with the currently unclear regulation on the creation and especially distribution of other capital funds in a limited liability company and a joint stock company.

D/ Practical inability to merge or transform large cooperative to another form of company (effective from January 1, 2018)

This is a quick summary of the upcoming changes. If you need more details or have any questions, please contact us.