The increase in the number of court clerks had an impact on the consistency of the decision-making processes. In practice, what happened was that the court refused to register a filing that was, in terms of content, identical to several filings accepted previously.

Almost ten months have lapsed since the Act concerning the Register of Public Sector Partners came into force. It was aimed to expose the ultimate beneficial owners of companies doing business with the public sector. The regulation applies to companies that enter into one-off deals worth more than €100,000 or a series of transactions exceeding €250,000 per calendar year with the state and other public entities. Compared to the previous register of end beneficiaries, registration with the new Register is undoubtedly a more complex task. This is mainly because the basis for registration is no longer a simple affidavit but the ultimate beneficial owners must be identified following a burdensome verification procedure. This is done by a so called authorized person, such as a lawyer or a bank, whose responsibility is to verify the identity of the ultimate beneficial owners. Hence, the authorized persons are effectively obliged to carry out a due diligence on the ownership structure of the company, identify its actual owners and describe the findings in a verification document which forms the basis for registration. 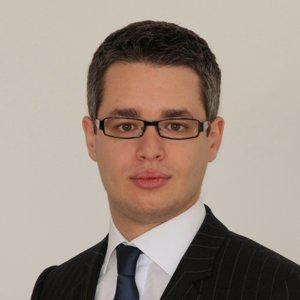 The extent of the documents necessary for registration depends on the complexity of the ownership structure. Clients are usually required to submit an abstract from the Commercial Register, the current wording of the Memorandum of Association, the Shareholders Agreement or other relevant documents demonstrating the ownership and management structure. Costs aside, for small businesses with a simple ownership structure, the registration is normally straightforward. In the case of large companies, the situation is much different. “Small firms can gather the documentation necessary to identify the ultimate beneficial owners within one day. As the requirements on the scope of documentation increase proportionally to the complexity of the ownership structure, the administrative burden is felt mainly by multinational corporations whose legitimacy of undertaking in Slovakia cannot be questioned. Because of the enormous administrative burden they need to carry during the registration process, international investors can be described as silent victims of the Act”, says JUDr. Ján Azud, partner of the Law Firm Ružička Csekes. 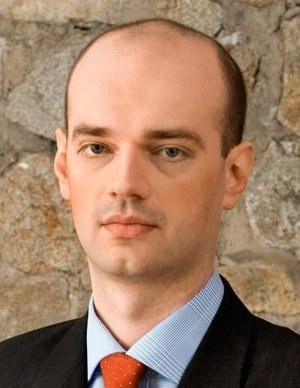 The technical system and the Registry could do better next time

Recently, the deadline of 31 July 2017 was frequently mentioned in the media. It was the last possible date for companies that have been previously registered in the register of end beneficiaries to perform mandatory re-registration. Failure to meet the deadline led to delisting from the Register and potential termination of existing contracts with the public sector. The period prior to this date can be considered as the first critical test of the Register which examined the ability of the technical system and the Registry Court to deal with the massive burden of applications. According to JUDr. Ján Azud: “The technical problems of the information system with which the Register has struggled since the beginning were fully exposed in relation to the immense number of applications filed during the last days before the deadline. The system kept crashing, the attachments could not be uploaded, and signing with the electronic signature was regularly flawed.” The Registry Court prepared for the massive inflow of applications by increasing the number of court clerks handling this agenda. While it is necessary to appreciate the effort of the court to handle applications on time, the last days before the deadline were not without problems. “The increase in the number of court clerks had an impact on the consistency of the decision-making processes. In practice, what happened was that the court refused to register a filing that was, in terms of content, identical to several filings accepted previously. Moreover, the justification for rejection was totally different in comparable cases for no obvious reason,” adds JUDr. Ján Azud.

Beware of the next deadline

The next critical test of the regulation will be the deadline of 31 December 2017. It is associated with the obligation to confirm the currency of the data entered in the Register, including the data on the ultimate beneficial owners. Confirmation will be done by notification to the court. Failure to comply with this obligation means that the party to the contract (state or public entity) may stop payments. In a catch-22 fashion, the notification cannot be sent to the court before 31 December 2017. According to JUDr. Ján Azud “The deficiency of this legislation is that there is no grace period. In practice, all firms will be in default in meeting the statutory obligation starting 1 January 2018 facing the risk of the public sector suspending payments. Such legislation can hardly be considered the optimal solution.” Given the upcoming Christmas period, it remains to be seen how all the parties concerned will deal with this issue.