After the revolution in 1989 the number of people participating in elections fell from 99 percent to around 60 percent. 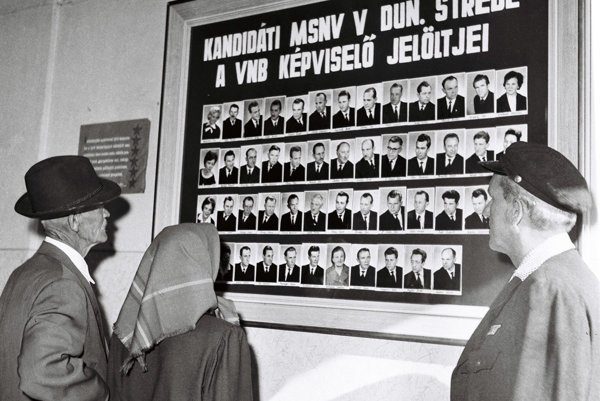 When Patrik Dubovský, the archivist in the Nation’s Memory Institute (ÚPN), was an 18-year-old student, he almost overslept on his first parliamentary elections. But the election commission reminded him of the duty of a socialist country’s citizen.

“I was 18-years-old, they woke me up by phone around midday and told me that I had not voted yet so I should come,” Dubovský told The Slovak Spectator.

As a student, he did not care about the politics of the Czechoslovak Socialist Republic led by Communists. Politicians in that time did not run a standard pre-election campaign so he did not even know there were any elections. At the polling station the people on the election commission told him that he should do nothing more than just throw the ballot into the box and so he did it. He had no idea who he was voting for.

“Everything was predetermined then, the elections looked completely different than those after November 1989,” Dubovský said.

People had been voting in this way since 1948, when the Communist Party of Czechoslovakia seized complete power over the country. The situation changed after the Velvet Revolution, starting on November 17, 1989, when people ended communist rule in a non-violent manner.