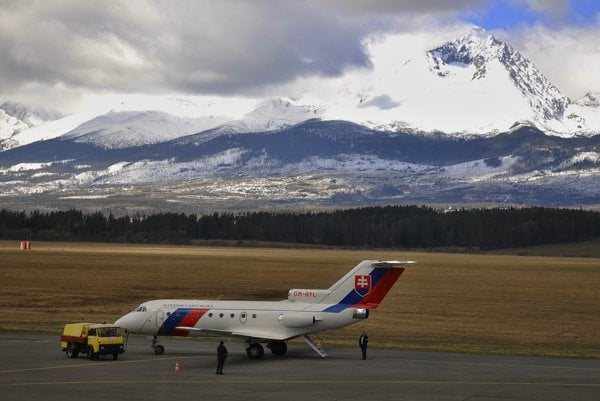 The airport in Poprad below the High Tatras. (Source: TASR)
Font size:A-|A+

Prime Minister Robert Fico is calling on President Andrej Kiska to pay €1 million for the use of a government plane for private purposes. In this way Fico was responding to Kiska's criticism of the condition of the social state in Slovakia.

“Mr president likes to talk but he has absolutely no responsibility for anything,” said Fico as cited by the TASR newswire.

Fico recalled that the decision on free travel for students and pensioners does not pertain to the president. He also does not know anybody for whom the state would pay to travel home by plane.

“I will issue an invoice for €1 million to him, payable to the Slovak Republic,” said Fico. “Because I think that he has to pay this money. I refute his empty statements, the number of which is increasing.”

Smer has criticised Kiska for flying to Poprad where his family lives at weekends, using a special government plane – which has allegedly cost two million euros in two years. However, it was originally Interior Minister Robert Kaliňák who recommended that Kiska fly so that the state planes have ordered flight hours recorded, otherwise, they might be forced to fly in vain, Sme wrote earlier this year. After the criticism, Kiska began to travel home by train and car. 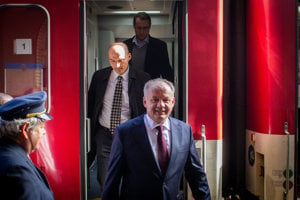 “The President understands the frustration of Mr Fico after he failed and lost the regional elections,” said the president’s spokesperson Roman Krpelan in response to Fico’s call. “And he also understands that he needs some time to consolidate his party, in which dissatisfaction, especially with the performance of the interior minister, is increasing. But afterwards his cabinet might finally begin to deal with the problems of the country, corruption, abuse of police power, education and the social problems of the people.”

President Kiska stressed after his meeting with Labour Minister Ján Richter (Smer) earlier on November 16 that if the state forgets about the most vulnerable groups of its citizens, it cannot call itself a social state.