The prizes awarded to Czech and Slovaks whose lives were impacted by totalitarian regimes and non-democracy were given at a ceremony in the Prague National Theatre. 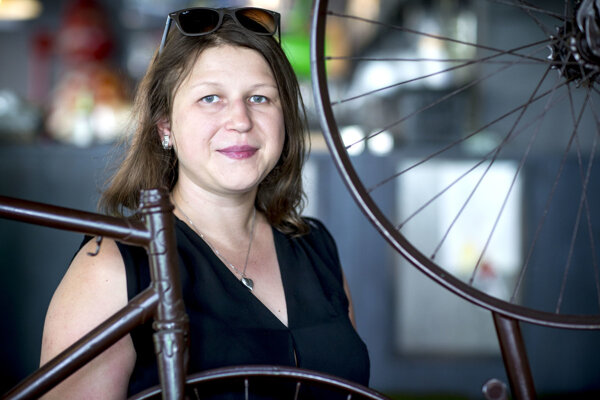 This year's recipients of the Nation’s Memory Awards, for Slovakia, were former concentration camp prisoner and underground resistance fighter, Otto Šimko, and Mária Matejčíková, political prisoner in the 1950's.

The prize has been awarded eight times, the Sme daily wrote.

The organiser is the Post Bellum company operating in the Czech Republic and Slovakia. The award ceremony took place in the National Theatre in Prague, Czech Republic.

“With the Nation’s Memory Awards, we want to publicly acknowledge and appreciate stories of people oppressed by the totalitarian regimes and non-democracy,” head of Post Bellum SK Sandra Polovková told the TASR newswire.

She further specified that the fact that prizes are awarded on November 17 is no coincidence.

“We symbolically, on the day of fighting for freedom and democracy, November 17, reward those who managed to keep their human face also in hard times,” she explained, as quoted by TASR. “They are direct witnesses of the history which is not so far from the present at all. Life stories of laureates should be the constantly present warning for the current events and deeds of people.”

The only woman among those awarded is Mária Matejčíková. At the age of 19, she helped a Catholic priest who escaped from a prison hospital. As the escape was unsuccessful, one month after she helped him, Majtejčíková was detained by the secret service, ŠtB. She was sentenced to five years in prison for treason.

The family of another award recipient, Otto Šimko, was Jewish and avoided deportation to a concentration camp – but not persecution. In 1942, they had to leave for a labour camp in the town of Vyhne.

The Czech laureate, František Lízna, was imprisoned five times in communist Czechoslovakia. Parents of the last awarded person, František Suchý, were detained in 1949 for helping another family flee abroad. Their situation – and that of František – worsened when a US intelligence service agent named Koudelka revealed, after brutal torture, that František Suchý was hiding him in the garage. Suchý was sentenced to 25 years.