Unemployment rate in Slovakia went down in October 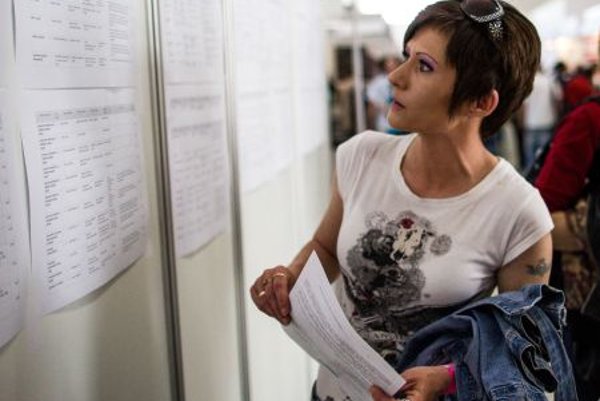 “A very good piece of news is that we no longer have any districts in Slovakia with an unemployment rate exceeding 20 percent,” said Fico as cited by the TASR newswire. “Even in Rimavská Sobota, where we had a long-term problem, the unemployment rate has fallen under this threshold.”

Labour market experts, however, see the lack of qualified labour to be a bigger problem than unemployment.

“The current lack of qualified workers is beginning to significantly harm the Slovak economy,” wrote Luboš Sirota of the recruitment agency McRoy in a press release. “The government should focus not on shaving off existing unemployment by tenths of a percent, but on ensuring that companies in Slovakia can further grow and need not turn down orders because they do not have sufficient staff.”

Sirota estimates that vacancies are over 100,000 while official statistics speak only of 75,000.

However, the current structure of unemployment, in which people with low levels of education and without work habits dominate, does not enable companies to fill vacancies from local sources.

The most significant drop in unemployment on a monthly basis was seen in the Košice Region - 0.38 percentage points.

The Košice Region also had the highest recorded unemployment rate in October from among the country’s eight regions - 10.10 percent, followed by the Prešov Region - 9.96 percent and the Banská Bystrica Region - 8.95 percent.

In terms of districts, the highest unemployment rate was in Rimavská Sobota - 19.83 percent, while Trnava was at the opposite end with 2.16 percent.

Labour offices registered 167,278 job seekers at the end of October. Compared to September, this was a decrease of 7,743 people.

The unemployment rate calculated from the overall number of job seekers, including those on sick leave or graduate internships, reached 7.35 percent in October. Month-on-month, this meant a fall of 0.24 percentage points, and the year-on-year decline was 3.15 percentage points.