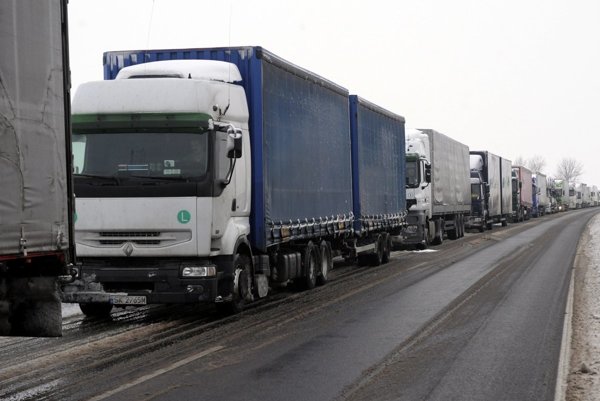 The Belgian police and labour inspectorate detained 112 Slovak trucks in warehouses at the Belgian port of Zeebrugge, 120 km from Brussels, on Monday, November 20. They suspect the transport company, North Sea Express, of exploiting the drivers that it uses via a Slovak middleman, the Sme daily wrote, citing information obtained from the Belgian newspaper Het Laatste Nieuws and the Slovak private TV channel, Markíza.

The raid took place in the warehouses of North Sea Express after the drivers themselves submitted the motion. North Sea Express hires drivers from the Slovak company East Transport and Leasing that allegedly mostly employs Romanians.

“The drivers did not agree with their working conditions and required an immediate intervention,” said Filiep De Ketelaere from the Belgian labour inspectorate as cited by Sme.

The Het Laatste Nieuws daily wrote that the investigation is trying to ascertain whether this is a case of social dumping. This is because some western European companies are bypassing social and health duties towards their employees by hiring their workers from eastern Europe via middlemen. In such cases, the middleman continues to pay them an eastern-European wage.

The Association of Road Transport Operators of the Slovak Republic (ČESMAD) claims that East Transport and Leasing is a shell company via which Belgian entrepreneurs hire only citizens from eastern Europe as drivers.

“The company is employing Romanian drivers and probably it does not meet conditions for doing business on the territory of the Slovak Republic,” said Martina Baumann, spokesperson of ČESMAD as cited by Sme. 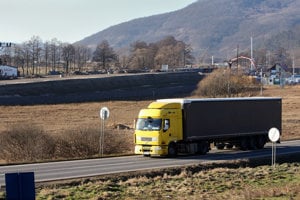 ČESMAD has distanced itself from East Transport and Leasing and is calling on Slovak bodies to investigate the case.

The Belgian inspectorate previously raided the transport company Jost, that also has an arm in Slovakia, in May. At that time, it suspected the company of not paying €55 million in payroll taxes.

For now, no details from investigation of North Sea Express have been released.

Based on available data, North Sea Express is linked with the Slovak company East Transport and Leasing, whose trucks were detained in Belgium. Both companies belong to the Belgian entrepreneur Dirk Callant, who is active in transport, Sme wrote.

If Slovak East Transport and Leasing really employed Romanian drivers, then they are required to pay them according to the Slovak labour code. Published accounts do not show how much North Sea Express paid for hiring their drivers, Sme wrote.

Sales of East Transport and Leasing amounted to €12.7 million and thus they are not among the biggest hauliers on the market. Based on data of the Finstat.sk website, they belong among the 50 biggest firms in road cargo transport in Slovakia.