Hundreds of new jobs should be created in the foreseeable future in western Slovakia. 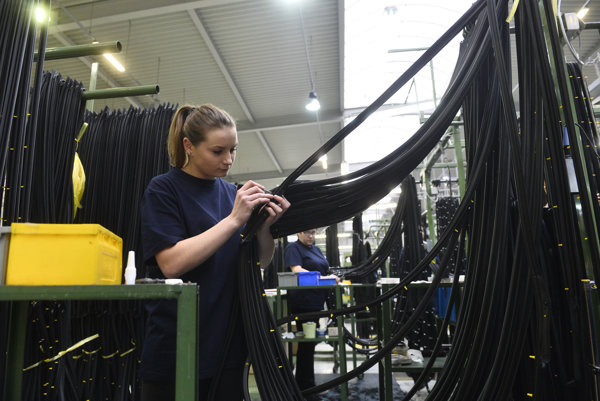 A total of 347 new jobs should be created in Slovakia, in the western part of the country – but outside Bratislava Region, in Trenčín and Nitra Regions, the Pravda daily wrote on November 22.

The companies have already asked the state for investment aid for their projects, totaling €4.5 million, according to the Economy Ministry.

Who are the investors and what are their plans?

Pankl Automotive wants to establish in Topoľčany (Nitra Region) a highly effective centre for the production of gearbox and engine coverings. The company plans to invest more than €12 million, as well as create 120 new jobs. It asks for tax relief aid, amounting to €1.55 million. The investment intent should be launched this year, the SITA newswire wrote.

The Korean Dongil Rubber Belt company wants to expand its production plant for rubber gaskets in Považská Bystrica (Trenčín Region), investing €19.2 million and creating 150 new jobs. If approved by the cabinet, the company should receive a tax relief of €1.95 million.

The German company Röchling Automotive plans to build a new plant in the village of Kočovce, in the Nové Mesto nad Váhom district (Trenčín Region), to produce plastic car components. This investor is expected to create 77 jobs and invest more than €16.8 million. The investor applied for state aid in the form of tax relief.