Spending of Slovaks in shops is raising 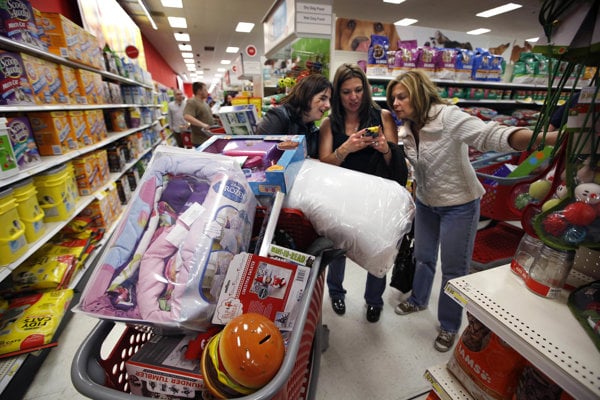 Last November’s Black Friday, which this year fell on November 24, is traditionally considered to be the start of Christmas shopping. Retail chains or online shops use it to attract millions of customers around the world through discounts. This sales event is becoming increasingly popular in Slovakia, especially with online stores.

“It’s not unusual to buy a high-quality tablet at a substantial discount on this day, or a washing machine cheaper 75% cheaper compared to ordinary prices,” said Roman Müller, analyst of Home Credit, a consumer finance company, as cited by the TASR newswire. But he still recommends comparing prices on the internet before buying such goods.

Black Friday is also paradoxically the international Buy Nothing Day (BND), i.e. a day of protest against consumerism.

The reality in Slovakia is that the consumption of households is growing, according to Müller. Slovaks, thanks to the improving economic situation, including declining unemployment and growing salaries, may be open to spending more. Every member of a Slovak household annually spends on average €5,131 euros, which is about €14 euros per day per person, based on the estimation of Home Credit.

“Of course, this is a sum averaged on the basis of the declared expenditures of Slovak households,” said Müller.

Approximately three-quarters of this sum accounts for expenditures households cannot avoid. The largest amount is spent on food, followed by spending on housing, transport, miscellaneous goods and services, household equipment, holidays or clothing and footwear.

Mobile phones and their accessories dominate the list of the most sold items in installments, compiled based on Home Credit data. They are followed by household accessories, various vouchers, furniture, and TV sets.

Households traditionally spend more on shopping during the time before Christmas. This time also brings about a higher interest in loans and installment purchases. In general, the final quarter of the year comprises about one third of annual volumes, said Müller.