The system is still not running as it should, and if the country fails to meet goals, it may be asked to pay back the money allocated from EU coffers. 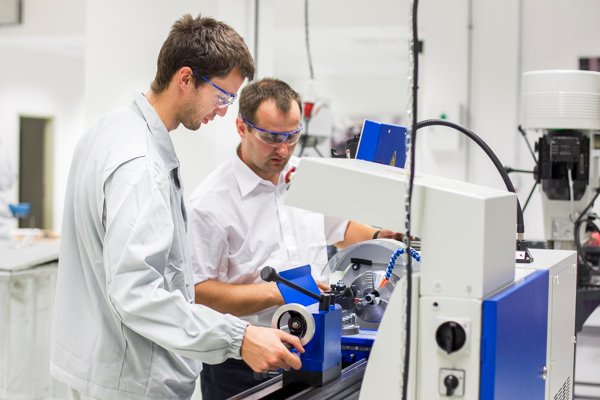 Slovakia has already had to return millions of euros for flaws revealed in various projects financed from EU funds. While in the past this was the case of mostly transport and informatisation, the scenario may now repeat itself in education.

The dual education system was officially launched two years ago, with the aim of training employees companies struggle to find in the labour market. So far, about 2,800 students from 80 secondary vocational schools study within the system, according to the Education Ministry statistics.

The aims for dual education were more ambitious though, employers admit. The national dual education project launched in November 2016 expected as much as 12,000 students to be educated within the system by 2020.

The Slovak Automotive Industry Association (ZAP) considers the situation critical and is calling for improving the operation of the national project.

“If Slovakia fails to meet this goal, it will have to return the money to the EU,” said Juraj Sinay, president of ZAP.

The Education Ministry responds that the national project was officially launched only in November 2016, and that it is following a time schedule.

“First of all, the system for promoting the necessary occupations and reform as a whole isn’t working properly, so the number of participating students is failing to meet expectations,” Sinay explained.

Another problem, according to ZAP, is insufficient support for employers and schools to join dual education. Though the state has money for this purpose, if it is not used, the interest in participating in the system will decline, Sinay warned.

It is also important to promote dual education among parents and children. The problem is that dual education is often considered an addition to vocational training, which is not true, said Július Hron of ZAP.

“Dual education is an alternative education system, and it is necessary to build upon it,” Hron told the press.

To improve promotion, ZAP has already started talks with the public-service broadcaster RTVS and one private TV network, as Sinay informed the press.

The Education Ministry says it is systematically working on attracting pupils to join the system.

“We are mainly using direct communication with employers and school headmasters through personal interviews, conferences, communication with career advisors and students at events focused on promoting secondary vocational schools in the regions,” the ministry’s press department told The Slovak Spectator.

The ministry organised two smaller campaigns during the summer, in which they called on parents not to send their children to study specialisations not sought after by employers.

The Education Ministry is gradually opening “dual points”, i.e. places where parents and students will receive more information about dual education system. They are expected to be situated in all the regional capitals by the end of this year.

However, ZAP says it is more important to open eight career orientation centres managed by employers. They should also provide parents and their children with information on career possibilities in respective regions, as well as salary conditions, Hron explained.

“The problem is the decentralised education system,” Sinay said, explaining that while primary schools are run by municipalities, secondary schools are administered by the self-governing regions and universities have their own management.

ZAP is proposing the construction of special sectoral centres whose aim would be the support of small and medium-sized enterprises.

Since Slovakia lacks a single institution that unites all companies and issues certificates on the vocational preparation of students, like in Germany and Austria, it is necessary to have such centres, Sinay explained.

“The company doesn’t teach you everything,” he said, adding that SMEs lack the capacity to teach, for example, managerial skills. This would be in competence of these centres, as Sinay explained.

The ministry is meanwhile working on an amendment to the law on vocational education to support dual education, to increase the motivation of employers and schools to join, and introduce other benefits for employers. It also plans to address career consulting in primary schools.

“It is crucial for the Education Ministry and ŠIOV to adopt an amendment whose aim is to remove current obstacles perceived by employers and schools,” the ministry’s press department said.

ZAP warns that if Slovakia does not solve the problem with a qualified labour force, the multinational companies whose subsidiaries are established in Slovakia may decide in the future not to invest into modern technologies here.

“There’s an urgent need to do something in this field,” Sinay stressed, adding that dual education is more a long-distance run.

As a result, in a bid to solve current problems, another option is simplifying the entry of workers from non-EU countries into the labour market.