Originally, the tram track should have been put back in operation on November 15 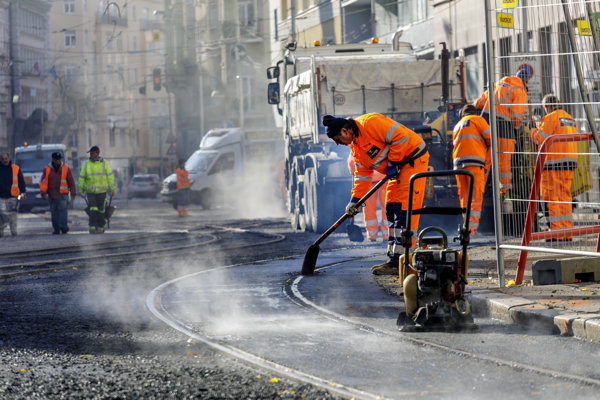 Improvements on the tram track in downtown Bratislava are almost complete; a test drive on the reconstructed track is planned for the morning of Friday, November 24, starting at 10:00. 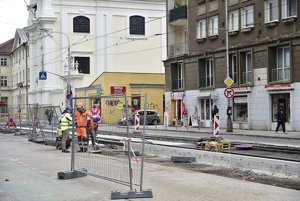 Read also: Špitálska may be completed by November 15 Read more

The tram stop on the opposite side will be not be built in front of houses on Špitálska 31-35 as planned, but will return to its original location in front of the Presidium of Police Corps. However, Volfová informed the public last week that the tram track may be put into operation without this stop as DPB still needs to get necessary permissions, the SITA newswire reported.

Traffic on the crossroad Mickiewiczova-Špitálska will resume as of November 25 and trolleybuses 207 and 208 and night buses N53 and N70 will run their original routes once again. The crossroad was closed on October 16 due to reconstruction of the tram track.

The reconstruction of the tram track on Špitálska Street in Bratislava’s Old Town borough started on August 1, affecting public transport routes as well as car traffic. The construction was expected to last three months, until October 29. The cost of the project reached €2.5 million without VAT.

However, a dispute over the tram stop the city planned to move from the front of the Presidium of Police Corps to the front of houses on Špitálska 31-35, interrupted the construction for two weeks in mid September. Construction resumed after Bratislava Region administration halted its plan to relocate the stop.