The Error 2017 festival, unique in Europe, presents theatre of the homeless, disabled or socially disadvantaged people from all over Europe over two days . 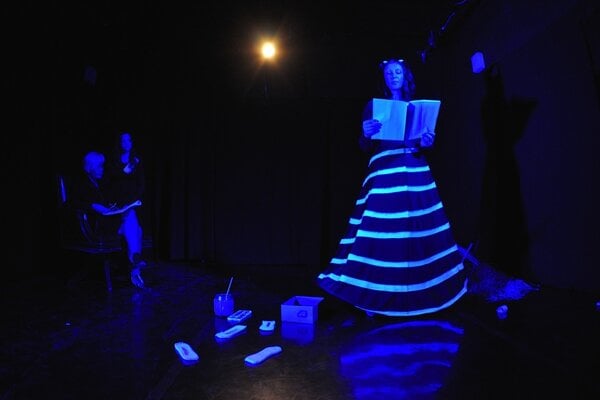 The 11th year of the Error festival, the only one of its kind in Europe that focuses on theatres where homeless and socially excluded or disadvantaged people play, takes place on November 25 and 26 in Bratislava. Part of the event – the venue of which is the Pisztory Palace in Štefánikova Street, is also an international conference, as well as performances by ensembles from Finland, the Czech Republic, France, Slovenia, Hungary, Poland and Slovakia, Uršuľa Kovalyk informed the SITA newswire for organisers.

The opening piece of the festival will be at 16:00 on Friday with the Czech dance theatre, AmnesiaTheatre, performing Slave on the Rhythm. It will be followed by the Finnish Home Theatre (which works also with mentally challenged people) and its Sketches for Home piece about what it means to have a home, or to lose a home. In the evening, the Bratislava-based Divadlo Bez Domova (Theatre of the Homeless) will bring a staged reading from the book The Equestrienne by Kovalyk. At 19:30, the Friday programme will be concluded by the Košice-based social theatre Hopi Hope, where actors with Down syndrome are involved. Their performance Emily's Rose is a musical alternative history of the Austro-Hungarian Empire.

After the Saturday morning conference, the plays will start at 15:00, by the Slovenian ensemble Carnium Legendarium with the On the Way stageing, musing on the sense of life and perceived solitude. Then, the Hungarian AHA theatre presents their At the End of the World, Everything is Well and Good play which tries to find the best place for a child to live. The Polish Teatr Grodzki presents Somewhere over the Rainbow piece, based on the memories of actors who are hearing impaired. The French Les Coquelicots Sauvages theatre is a newcomer to the festival, and at 19:00, the ensemble composed of former prostitutes will offer the It's Not Cheerful piece: stories of their lives. The perceived star of Saturday evening is the Czech Rozkoš theatre which combines homeless people and those working in the sex business. At 20:30, they will bring insight into the life of less traditional families, Daddies and Cuckoos.

Error is a festival unique in Europe, which gives the theatre groups working with disadvantaged people a chance to present their original theatre performances, films or musical production to the public, say organisers. The goal is also to stress social issues that professional theatres often ignore, and to break prejudices and stereotypes. More information can be found at the www.divadlobezdomova.sk website.