Vlhová contested a hat-trick but stayed behind Shiffrin

Slovak skier: To beat Shiffrin, I needed two good rounds but I failed to do so. 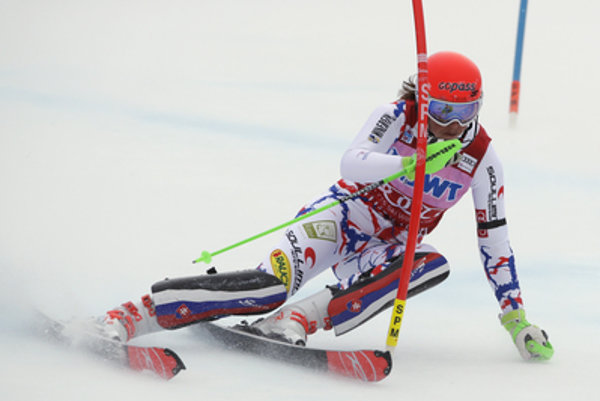 US skier Mikaela Shiffrin and Slovak Petra Vlhová left behind their other competitors in the World Cup after two races, currently sharing the leading positions.

In the Finnish resort of Levi, Vlhová beat the American skier but in her US resort of Killington, Shiffrin stroke back, the Sme daily wrote on its website on November 26.

She now leads the slalom classification. More importantly, both of them ended the second 2017/2018 season race – at the November 25-26 weekend – with a huge lead compared to their other rivals.

In Killington, Vlhová ended second with a margin of 1.03 second towards the third slalom race, which is an immense difference.

The Slovak skier even claims she botched the first run.

I didn’t feel ideal, I was off colour,” Vlhová, aged 22, told Sme. “I was struggling and I was slightly unhappy about fifth place.”

Making up for the mistake

However, she started the second run with the hope of making up for the debacle, and lessening the 1.45-second difference to Shiffrin. Vlhová did not beat the American skier but she managed to leave three other rivals clearly behind. Vlhová showed a good nerve and excellent fitness, and with her second place, she has become the biggest threat for Shiffrin. They will both fight for the top position on the World Cup chart.

“I made a small mistake up there, and I thought everything was lost,” Vlhová said, as quoted by Sme. “But then I got myself started and put everything into the race. When I saw that I finished first by 1.06 seconds, I said to myself words I cannot even repeat now.”

She added, however, that she managed only to achieve one of her goals for the race which is not enough to keep up with the Olympic winner and three-time world champion, Shiffrin.

“If I want to beat Shiffrin, I need two good rounds; and I failed in that today,” Vlhová summed up.

Now, the top slalom skiers will have almost a month break with the next race scheduled for December 20 in French Courchevel.