Alekšince has a communist museum, seven metres under the surface

An original, secret reserve command centre and underground bunker has been made into a unique museum. 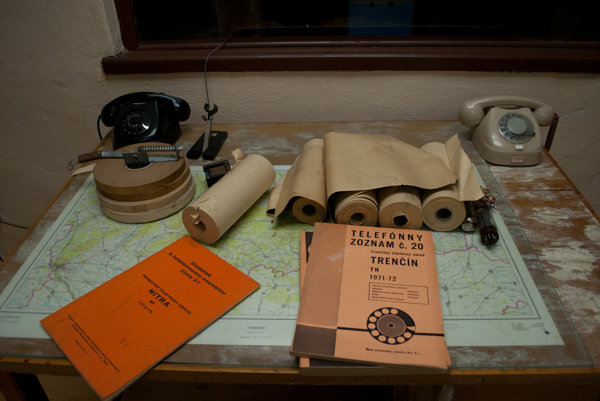 In the small village of Alekšince (Nitra Region), a unique museum of communism is hidden seven metres under the surface. An underground bunker protecting against weapons of mass destruction was built in the village between 1964 and 1965, originally serving as a secret reserve command centre for the Warsaw Pact armies, the central division.

After 1990, the construction came under the administration of the Civil Defence.

“In 2012, it was transferred to the municipality as a redundant property of the Slovak Defence Ministry,” Alekšince Mayor Radoslav Ťapušík told the TASR newswire. “The municipal office rented it to a civic association which arranged a museum here that was functioning until recently. Last year, the rental contract of the civic association ended, and the museum was taken over by the village administration. We are considering what to do with it.”

The underground bunker consists of a massive ferro-concrete frame with a labyrinth of passages, tunnels and rooms with still-functioning technical equipment.

The first part of the exposition, opened in 2013, presents the underground bunker, its equipment and the activities that occurred there during the Cold War, Ťapušík told TASR. There is also a radio and training centre there, telephone exchange, room for radio operators, filtering, a decontamination and anti-noise unit, gear and arsenal.

The second part of the exposition is comprised of exhibits, information panels and audio-visual recordings of the atmosphere and character of the Cold War.

“The whole tour lasts for about 40 minutes and we see the biggest interest in the museum in summer months,” Alekšince mayor summed up for TASR.