The Slovak Davis Cup team has a new captain

Dominik Hrbatý, who is replacing Miloslav Mečíř (due to his health problems), smoothly beat Karol Kučera. 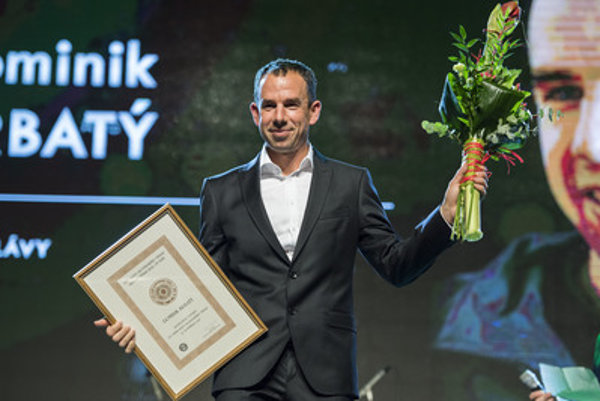 Dominik Hrbatý, who played in the 2005 Davis Cup finals, has become the new captain of the Slovak Davis Cup team. He is replacing the outgoing Miloslav Mečíř, who is leaving due to health issues: his body is failing to absorb iron, the Sme daily wrote.

Marián Vajda, Hrbatý's former coach as well as the coach of the recent leader of the singles' ranking, the Serbian Novak Djokovič, refused the offer.

Hrbatý received more votes than the other candidate, Karol Kučera, at the November 24 session of the executive committee of the Slovak Tennis Association. He will make his debut as the boss of the Davis Cup team in April 2018 at the National Tennis Centre (NTC) Bratislava, in the 2nd round duel of the first group from the Euro-African zone, against Bosnia-Herzegovina.

So far, Mečíř has been the only Davis Cup captain since Slovakia became independent. The Olympic champion from Seoul (1988) left the post after 24 years.

Hrbatý has a Slovak record in the Davis Cup: in 14 years he has played in 26 tournaments, 58 matches, of which he won 33.

In 2005, he was the leader of a team that made it to the finals. In a match against Croatia, he beat Mario Ančič as well as Ivan Ljubičič. The Slovaks ultimately lost 2:3.

In this prestigious competition, he also defeated former number ones in the world, the Brazilian Gustav Kuerten, the American Andy Roddick and the Russians Yevgenyi Kafelnikov and Marat Safin.

The election to the Davis Cup team is Hrbatý's dream come true.

“I was very happy about this news, when Mr. Igor Moška called me a while ago," Hrbatý told the TASR newswire. "I know the boys wanted to know a bit earlier already. I admit it openly, I even cried a bit. This is a big thing for me, to return to the national team – now in such a position.”

First, he would meet the tennis players, tell them his ideas – also about the composition of the team.

General secretary of the Slovak Tennis Association Igor Moška described the selection as a hard decision after a long discussion, in which Hrbatý received 10 votes and Karol Kučera three.

“Both are excellent candidates, great personalities in Slovak tennis,” Moška summed up.

Current national tennis team members, Martin Kližan and Andrej Martin, reacted as well, saying that all players welcome the pick, since “Hrbatý is a legend, a darling among audiences and he will certainly lure fans to the auditorium...He will surely provoke players and motivate them”, Kližan told the Plus Jeden Deň daily. Hrbatý is a big asset for the team and everyone was looking forward to the cooperation, he added.