They tamed the weather: Slovak meteorological software used by the whole world

The British air force, Australian government as well as US air force all use Slovak meteorological software. Bratislava-based design developers claim, nevertheless, that meteorology is in crisis. 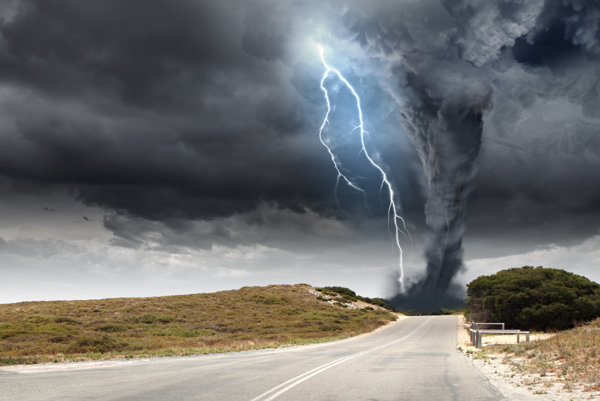 When clouds start gathering over Trenčín, twenty thousand visitors of the summer music festival Pohoda speed up their walking. Never mind the early warnings from an approaching storm on several mobile phones. The show must go on. Maybe it will not come here, they hope. It is crucial to have fun.

Sometimes it is not so funny, though. Especially if an accurate weather forecast can save much more than a few soaked T-shirts. But this does not always succeed.

“Hello, is this meteorology?" "Yes, how can we help you?” "Listen, I’ve been bringing your 'partly cloudy' out of my cellar in buckets for three days already!” head of the Slovak company IBL, Michal Weis, jokes when recalling one phone call that symbolically poured cold water over him. He usually receive a much different reaction.

They save lives and property

Their meteorological software is used all over the world: by the Royal Air Force and Navy, the Australian government, as well as the US Air Force. Moreover, the British meteorology office chose the Slovak company as one of its two strategic partners. One of them is Amazon, the other IBL. Apart from this, commercial airline pilots study the software. Before their flights, forecasts are issued by this Slovak software.

“There is no computer that would even survive this amount of data. There is entire atmospheric volume, plus space weather.”

In the 20 years of their existence, they have managed to reach every continent, including Antarctica, to Dubai airport, icebreakers and submarines, and they are the main meteorological system for the NATO high command in Europe. But Michal Weis is rejoicing due to a much more ordinary reason.

"Thanks to our software, meteorologists can forecast serious threats caused by extreme weather, and warn relevant authorities – which can save people’s lives and property,” he says.

Farmers are interested, for example, in what the weather will be like in the next days, because if they spray the harvest and it rains in the afternoon, not only would their work be futile but they would also “drown” several thousand euros for spraying.

Hypermarkets same as the weather

Weather is even more important when it comes to producing electric power from renewable resources. Since it cannot be stored, and its surplus could damage the devices, they have either to sell the surplus, or produce less. For example, the brokers at the energy exchange buy gas when they know that there will be a cooling down, or they use more solar panels or wind turbines, when they know a strong sunshine or good wind is expected in the next days.

Big customers for meteorological information include retail chains like Walmart and Tesco – they want to know what to offer. If they announced the start of the new barbecue season but it is still snowing outside, nobody would buy their products for sure. On the contrary, if the weather suddenly cools in autumn, retailers are wise to offer blankets.

"If humanitarian aid is needed in regions struck by floods or a tornado, Walmart is able to react faster than state or non-governmental organisations,” says Juraj Púchlo, chief editor of the Instore retail magazine.

Thus, meteorology has become a royal discipline. Suddenly, they are clueless as to where to go next. The amount of information generated is so vast that they are not able to process anymore. The system from IBL could solve this. What makes it exceptional, and what can it do better than others?