Renewing the tradition of feather processing

In the past, people got together to process feathers, crack nuts, shell beans and gossip through the cold months. 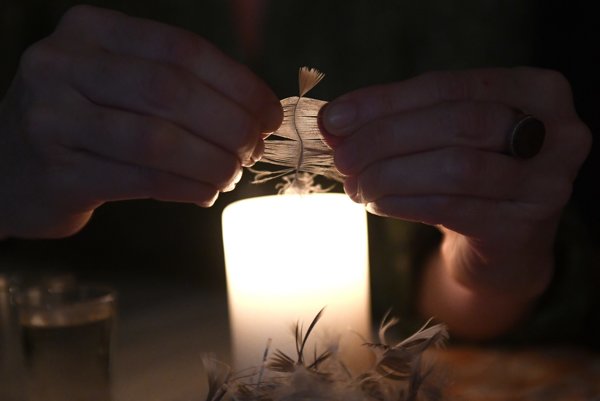 Processing goose feathers (páračky) and cracking nuts together with telling scary stories or singing songs used to be a regular part of the rhythm of the household in the past. This tradition has almost disappeared but citizens of Vyšehradné (part of Nitrianske Pravno) are renewing it and prepared páračky recently.

“In the past, when I was a child, I used to walk with my mum and grandma across the whole village. Every time someone was done with the processing, we went further to another house,” recalls Jarmila Chlpeková from Poluvsie, as quoted by the TASR newswire.

“We talked about everythings new in the village, gossiped, ate,” she continued for TASR. Chlpeková attended her third contemporary páračky this year.

“Young people do not know how to do it, so at least we can teach them something,” Chlpeková added for TASR.

Lukáš Kováč from Prievidza, one of the younger generation during páračky day, thinks that it is a very nice event in a beautiful village.

“I am from town, so for me this is kind of an escape,” Kováč said for TASR, adding that he also learnt new skills.

“I tried nut cracking without a hammer, I took two nuts in my hands and squeezed them together,” he explained for TASR.

The organizer of the event is citizen’ association Vyšehrad that has renewed the tradition of páračky for the seventh year now. Legends were performed by the Divadelná spoločnosť (Theatre society), and the school of dance and music were also part of the event besides nut cracking, bean shelling, and feather processing.

“We are very happy that more and more people are coming and they are interested in traditions and all the beautiful things that were happening in the life of ordinary people in the past,” said Vojtech Bartko from Divadelná spoločnosť, as cited by TASR. 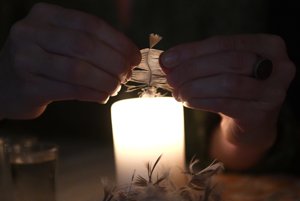 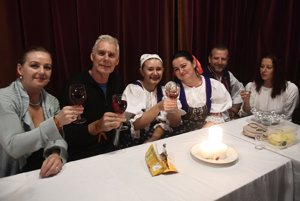 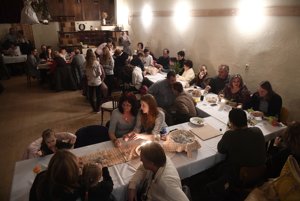