Construction of complicated stretch of cross-country highway can go ahead

The Hubová – Ivachnová stretch bypassing Ružomberok may be complete by 2022, five years later than originally planned 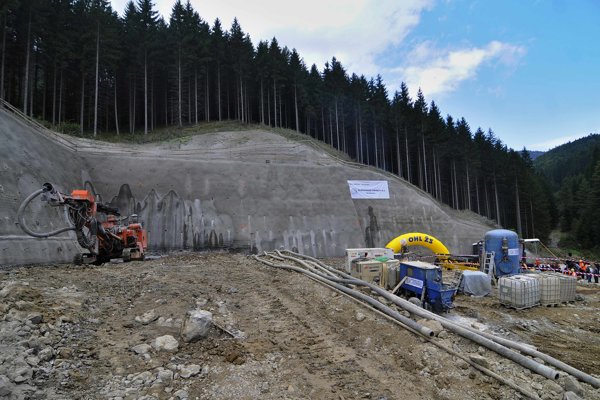 Eastern entrance of the Čebrať tunnel during the launch of the construction of the tunnel in 2014. (Source: TASR)
Font size:A-|A+0

Suspended construction of the Hubová – Ivachnová stretch of the D1 cross-country highway connecting Bratislava with Košice can now continue after the National Highway Company (NDS) and the consortium of companies OHL ŽS and Váhostav-SK signed an addendum to the contract on November 30. Construction on part of the motorway was suspended because of a landslide in 2015. Originally the 15.3 km long stretch should have been completed this June. The new deadline for completion of the stretch is now the summer of 2022.

“We have an addendum here, which is fair and we firmly believe that in 2022 the first drivers will travel through this stretch,” said NDS CEO, Ján Durišin, after signing the addendum, as cited by the TASR newswire.

Builders will be able to start works on the suspended parts of the motorway construction, including the Čebrať tunnel, immediately after the environmental impact assessment (EIA) process has been completed. It is scheduled to be finished at the turn of January and February if there are no appeals. 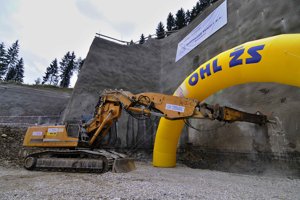 The addendum amends the highway route by extending the tunnel about 1.6 kilometres, while shortening the total length of the section by about 300 metres.

The final price for the works changed by the addendum will be known only after the completion of all parts of the project documentation. The NDS is now talking about an increase of €61 million giving a final total of €227 million, excluding VAT.

The entire stretch is about 15 km long, and after it is completed it should create a bypass for the town of Ružomberok (Žilina Region). The road is being built by an association of companies OHL ZS and Vahostav – SK. Construction of the next stretch, Turany – Hubová, has not yet started.