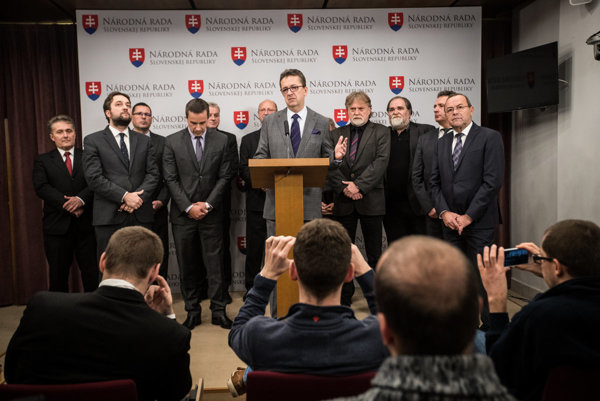 MPs will not see their salaries increase this year. After Prime Minister Robert Fico (Smer) threatened that there would be a no-confidence vote in the government, the deputies of the three coalition parties decided to agree with the proposal to freeze them again, the Sme daily reported.

Initially, MPs failed to support the governmental proposal to freeze salaries in a fast-track proceeding. It was backed by only 32 deputies. 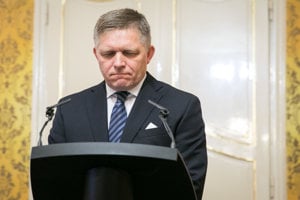 “The solution lies within the law on income tax authored by the Finance Ministry within which we propose to freeze the salaries of constitutional officials,” said Martin Glváč, chair of Smer’s caucus, as quoted by Sme.

The opposition Ordinary People and Independent Personalities (OĽaNO) movement meanwhile said that it will submit its own proposal to freeze salaries on December 1, as part of the amendment to the law on health care, explaining that they do not want the change to be postponed to next week, the SITA newswire reported.

The coalition parties meanwhile said they will not support the proposal.

New law to be prepared

Smer MPs also said that they will accept the requirement made by the Slovak National Party (SNS) that the problems with the salaries of constitutional officials be solved by adopting a new law. The new legislation may result in a slight hike. It, however, will certainly not be €1,000, as would happen if salaries were unfrozen.

The ruling parties will present the new proposal soon, Glváč said, as reported by Sme.

Deputy chair of the SNS Anton Hrnko, meanwhile, disagreed with the proposal. It is possible he will be in the minority in his party has the chair, Andrej Danko, has already said he is ready to support and freeze salaries via other law that is currently in parliament, if the conditions for a systemic solution to the problem are met.

“My ambition is to stop this madness in society,” Danko said, as quoted by Sme, responding to the possibility of hiking salaries by €1,000.

The freeze does not concern only MPs but also the Prime Minister, other ministers, the President and some representatives of the Supreme Audit Office.