The first work of the new project is the lesser known comical opera by Gioacchino Rossini in a chamber version with only three performances planned for now. 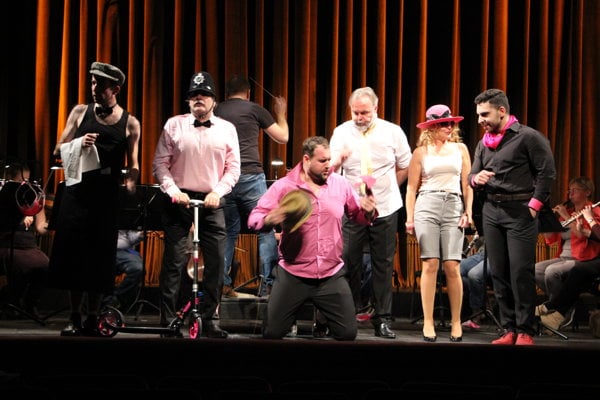 “There are only three theatres in Slovakia with a regular opera programme,” Slavomír Jakubek, head of the opera section of the Slovak National Theatre (SND), said. “Thus, we welcome cooperation with other partners who have taken the challenge of creating opera performances, especially if it concerns a less known composer and a work that has not been presented in Bratislava so far.” SND will host the first work of a new cultural project, the Open Opera project.

Apart from the work concerned, the staging of Gioacchino Rossini's comic opera Il Signor Bruschino, Jakubek also introduced the people behind the Opera Aperta / Open Opera project (of the Corpus association), such as director Martin Bendik and conductor Marián Lejava. He added that the staging will be a semi-scenic version rather than a classical operatic one. 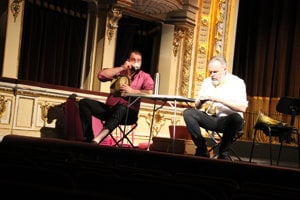 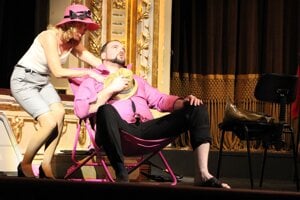 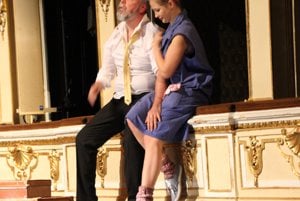 The idea of the creators is to present this early work of Rossini in the playful form of an action, alternative theatre, thus “breaking the symbolic barriers between the noble world of of opera and independent theatre stage, without giving up on the musical and vocal quality.”

Unlike independent drama, opera is usually not presented outside the big, brick-and-mortar theatres. This step is quite unique, the theatre-makers said at a press conference on November 28.

Conductor and composer Lejava described how he adapted the one-act work of Rosssini for only ten instruments (string quintet and five wind instruments) and several solo singers. “Rossini's scores of the earlier period are simpler than those of the later works,” Lejava explained, adding that the adaptation was made as close to the original concept as possible, while keeping the solo instruments and adapting the rest for a reduced version. “Visitors who come to this opera cannot expect great orchestral sound but rather something more like chamber music,” he summed up.

About Signor Bruschino and Rossini

This opera is the eighth one by Rossini, who was 21 when he composed it and 36 when he stopped composing. Despite Rossini's age and despite being only one in a series of one-act works, Il Signor Bruschino is very mature with a well-elaborated comic plot and unusual sophisticated grace, which later became the typical brand of Rossini.

“The ambition is to make a staging which has vocal and theatre qualities but is not excessively expensive, is mobile and can be played also outside classical theatres,” Nora Nosterská, an organiser, said.

The premiere takes place December 2 in the historical building of the National Theatre, the first re-run is on February 16 and the second on in June, during the Eurokontext 2018 festival in Bratislava.