The economy is expected to continue growing. 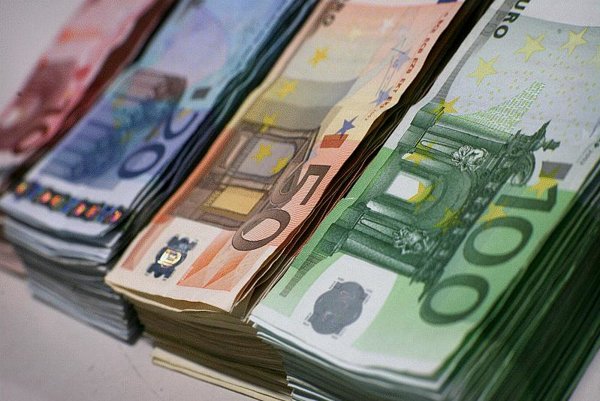 The growth of Slovakia’s gross domestic product (GDP) in fixed prices accelerated by 0.7 percentage points (p.p.) year-on-year to 3.4 percent in the third quarter of this year, according to updated figures published by the Slovak Statistics Office (ŠÚ) on December 5.

In a quarterly comparison, the GDP grew by 0.8 percent over the July-September period to €22.315 billion. Its growth was driven both by domestic, as well as foreign demand, going up 3.8 percent y-o-y (each), the TASR newswire wrote.

“GDP generation for the first three quarters of 2017 amounted to €62.85 billion,” ŠÚ announced. “It increased by 4.5 percent in current prices compared to the same period last year, while the y-o-y growth in fixed prices achieved 3.4 percent.”

ŠÚ revised up modestly, by 0.1 percentage points, its flash estimate of economic growth from the previous month.

Not only households, but investments lifted Slovakia’s economy in the third quarter of 2017, UniCredit Bank Czech Republic and Slovakia analyst Ľubomír Koršňák said about the Statistics Office data.

“Domestic demand in 3Q17 was bolstered by all components except for government consumption, which was down by 1.4 percent year-on-year,” Koršňák wrote as cited by TASR. “The annual investment growth was driven by a low comparison basis from last year, but it needs to be noted that investments experienced quite a dynamic upward movement also on a quarterly basis.”

On the other hand, the robust fixed investment growth was at least partially offset by a relatively slower accumulation of stocks, probably due to the fact that part of the investments was in the final phase, so some construction investments shifted to fixed investments. Investments overall increased 7.4 percent y-o-y in 3Q17.

The GDP growth outlook for 2017 as a whole should not change according to Koršňák, keeping it at 3.4 percent y-o-y. At the same time, he has upped his estimate for 2018 from 3.8 percent to 3.9 percent, mainly due to the better than previously expected improvement in the external environment (mainly the Eurozone).

GDP growth at the turn of 2018-19 should exceed 4 percent, despite an expected cyclical deceleration of economic growth in Europe. A strong automobile output, which the analyst named an “offer shock” due to the arrival of the Jaguar Land Rover to Nitra, should ensure that Slovakia will experience its economic climax somewhat later than the rest of the Eurozone, while a cyclical slowdown of domestic demand will already have been visible by late 2018 or early 2019.

Positive developments on the labour market were among the chief factors behind household consumption, since nominal salaries in the third quarter grew by 5.2 percent y-o-y – the best figure since 2008, Slovenská Sporiteľňa bank analyst Katarína Muchová noted. She expects Slovakia’s GDP growth to be at 3.3 percent at the end of this year, due to be driven mainly by domestic demand, particularly households.