The army showcases the vehicles it plans to buy

They were similar to the Finnish originals, observer pointed out. 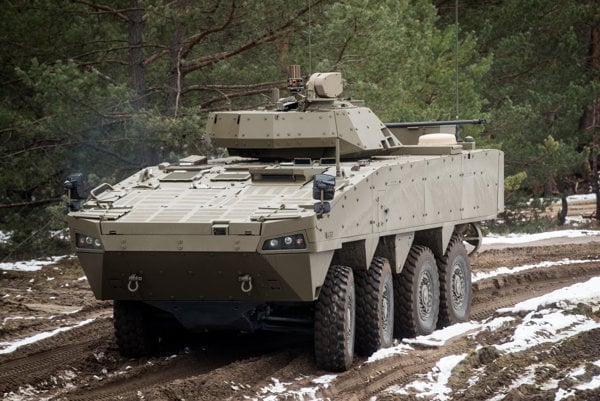 One month after Defence Minister Peter Gajdoš, nominee of the Slovak National Party (SNS), announced the development of the new 8 x 8 armoured vehicles in cooperation with Finland, the army introduced its prototype, the Sme daily reported.

It was shown during the 2017 Industrial Day at the Záhorie Military Technical and Testing Institute on December 6. The event was also attended by manufacturers from several countries who presented a total of eleven 4 x 4 multi-purpose armoured vehicles.

“It’s a definite prototype, a certain level of development to date,” Gajdoš said about the vehicle developed in cooperation with the Finnish Patria, as quoted by the TASR newswire. “Of course, it hasn’t passed military tests yet, and only later when all bugs are fixed we will know what the vehicle must be equipped with – what kind of weapon and defence systems.”

The minister reiterated that the Defence Ministry expects 70 percent of the vehicle’s components to be produced in Slovakia.

The prototype shown in Záhorie is very similar to the original transporters produced by Patria, and there are only very small differences. One of them is the Slovak battle tower on top of the vehicle, said defence analyst Jaroslav Naď. 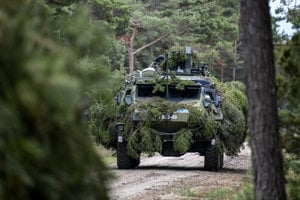 “It’s impossible to carry out real research and development in such a short time, so there’s nothing to be surprised about,” Naď told Sme.

Though the Defence Ministry admitted to the cooperation with Finland only in early November, it signed a memorandum of understanding in May, which means that the state-run company Konštrukta Defence could have been working on the prototype since then.

He also suggested that the real reason for the ministry to develop a new vehicle instead of purchasing the existing one might be an attempt to avoid proper procurement, as reported by Sme. 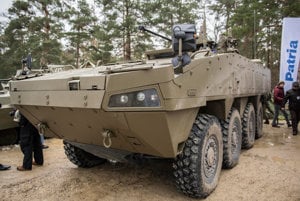 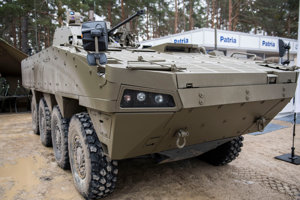 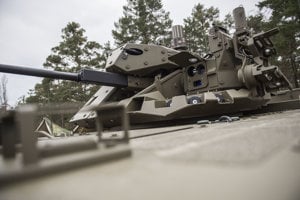 Though Naď considers the Patria vehicles good, the method the ministry uses is obviously non-transparent.

It is possible to purchase the original version of any foreign transporter and place the battle tower from Slovak producers on it, without carrying out one’s own research. Similar contracts have been signed in the Czech Republic and Poland, Sme wrote.

Manufacturers also presented 4 x 4 vehicles at the event. All of them were shown in dynamic demonstrations, during which they had to overcome a demanding track with several obstacles.

The Slovak government chose to acquire a maximum of eighty-one 8 x 8 armoured fighting vehicles as well as four hundred and four 4 x 4 vehicles to meet the needs of the Armed Forces of the Slovak Republic on November 15. The Slovak army should gradually acquire the 8 x 8 vehicles between 2018 and 2024, for a total of €1.2 billion.