The arrival of the fourth carmaker and its suppliers deepens the shortage of a qualified labour force in Slovakia. 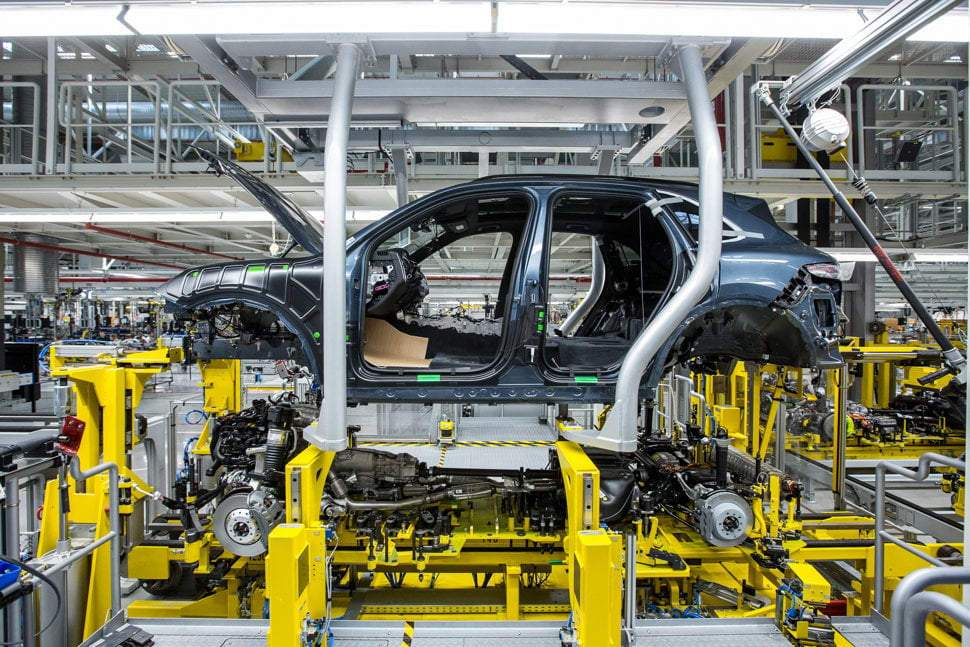 Since the arrival of the German carmaker Volkswagen in 1991 the automotive industry has been given many names, like a pillar of Slovakia’s economy or the engine of its growth.

The three major carmakers and their subcontractors account for about 12 percent of gross domestic product and produce more than one million cars annually. The car production will increase significantly in the coming years as the British carmaker Jaguar Land Rover is planning to launch production in its brand new plant in Nitra in late 2018. On the other hand, the arrival of the fourth carmaker and its suppliers deepens the shortage of a qualified labour force in Slovakia.

The three carmakers in Slovakia Volkswagen Slovakia (VW SK), Kia Motors Slovakia and PSA Groupe Slovakia manufactured 1,043,247 cars in Slovakia in 2016. This is an increase of almost 5,000 units from 2015 while carmakers are producing at the brink of their existing capacities. All three carmakers report the arrival of new models, which means new investments in millions of euros.

The Bratislava-based VW SK completed in 2016 its five-year investment plan when it invested a total of €1.9 billion.

“2017 is the year of the launch of new models, recruitment of new employees and finalising of investments,” Lucia Kovarovič Makayová, the spokesperson for VW SK, told The Slovak Spectator. “For the first time in history we are working on the launch of three SUV models concurrently.”

Of these, two have not been produced in Bratislava so far - Porsche Cayenne and Audi Q8.

Trnava-based PSA Groupe Slovakia is preparing for the production of a new “B segment” model. This will require a €165 million investment and 420 new employees. Once the investment plan is completed, the current production capacity will be boosted from 300,000 to 360,000 vehicles per year.

For its expansion, it applied for state aid. In May 2017, the cabinet approved the investment incentive of €18.6 million in the form of tax relief.

“We fought for this investment with France, which is the mother country of PSA,” Economy Minister Peter Žiga said, as quoted by the TASR newswire. “Had we not offered the investment stimulus, it is possible that the company would move production back to France.”

The production of the new model should begin at the end of 2018. Full production capacity will be achieved in 2020.

The Slovak arm of the French company is also preparing for the launch of a new engine plant in 2019. It will produce 3-cylinder EB Turbo PureTech petrol engines while it will be the first plant outside France.

PSA produces the Peugeot 208 in Trnava and the new Citroën C3 model while the latter is produced exclusively in this plant.

Žilina-based Kia Motors Slovakia is also preparing for the production of a new model.

“It will be a new generation of one of the models that we are producing,” said Jozef Bačé, spokesperson of Kia Motors Slovakia, while he refused to specify the model. He added that preparations are already underway.

All three carmakers agree that the biggest challenge the automotive industry is facing is the shortage of a qualified labour force.

“Equally as other employers we assume that this trend will continue,” said Bačé.