Prešov finally gets a shopping mall

About 70,000 people visited the Eperia Shopping Mall in its first weekend of opening. 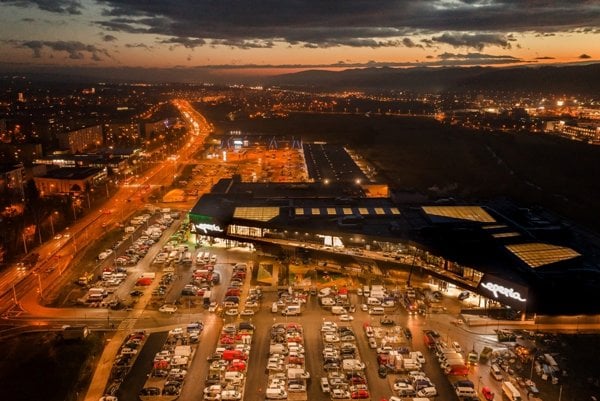 Prešov, as the last regional capital, has finally gotten a bigger shopping centre. The Eperia Shopping Mall opened on Friday, November 24. During the first weekend about 70,000 people visited, the Trendreality.sk website reported.

“Eperia is our first project in the retail sector of such a size,” said Pavel Pelikán, executive director of the developer J&T Real Estate, as cited by Trendreality.sk.

Eperia, located in the business zone of the Sekčov housing estate, covers an area of 22,000 square metres and in terms of its size it is the 20th biggest in Slovakia.

It has brought more than 100 shops and services to Prešov including H&M, C&A, Lindex, Ecco, New Yorker, Yves Rocher and the Italian brand Sherri Hill, which is a novelty in Slovakia.

Fashion makes up the biggest part of the centre, accounting for 58 percent when the supermarket is not taken into consideration. Specialised shops for toys, sports accessories and bookshops make up almost 12 percent of the area while cuisine and food outlets account for more than 10 percent. Services have a 9-percent share.

It took J&T Real Estate 17 months to build the shopping centre, while the project preparation itself goes back to 2007. The costs amounted to €50 million.

The shopping centre is managed by CBRE Slovensko.

The investor expects that about 12,000 people will visit the centre daily. Prešov itself has 90,000 citizens.