Slovak floorball team was a positive surprise at World Championship

The host team only lost once. 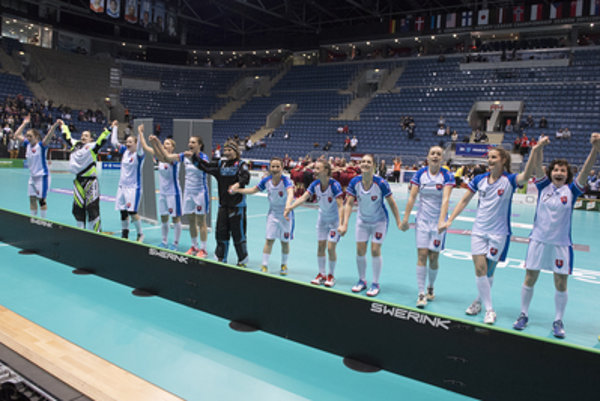 In their final match at the 2017 World Championship in Bratislava, the Slovak female floorball team beat Latvia 6:4 (2:0, 0:1, 4:3) on December 9, finishing fifth place in the entire competition.

The goals in this match were scored by Kristína Hudáková (three times), Michaela Šponiarová (two times), and Denisa Ferenčíková (Klapitová) on the Slovak side, and Bankava, Priede, Egle and Garklava on the Latvian side.

By ending fifth, Slovak players fulfilled their goal set before the World Championship, and achieved the historically best position at WCH, the Sme daily wrote (previously, their best placement was eighth two years ago, in Finland).

Hudáková decided the match for the Slovaks by scoring two goals in the last six minutes. Šponiarová (who also assisted in one goal) also scored twice. The December 9 match was also the team’s first-ever victory over Latvia.

The team, led by coach Michal Jedlička, won six out of seven matches, and only lost once – in the quarter-finals to Finland, Sme wrote. However, this defeat excluded them from the fight for medals.

Interesting facts about the championship

The recent world championship confirmed that the Slovak female floorball players can compete with the best teams, Sme wrote, while adding that Slovak flooballer, Paulína Hudáková, achieved a new record at the world championship, totaling 27 points for 12 goals and 15 assists – the most in the WCH history.

In a poll, Hodáková made it to the World Championship All-Stars team.

After the championship, long-time captain of the Slovak team, Lucia Košturiaková, left the national team. Despite being beaten by the Finnish team, the Slovaks had their best performance ever in this match, Sme reported.