Vintage Tatra lorries will be produced in Trenčín

Both military and civilian vehicles from the legendary Tatra brand will be produced and serviced in the Slovak city of Trenčín by a special branch of the Czech group. 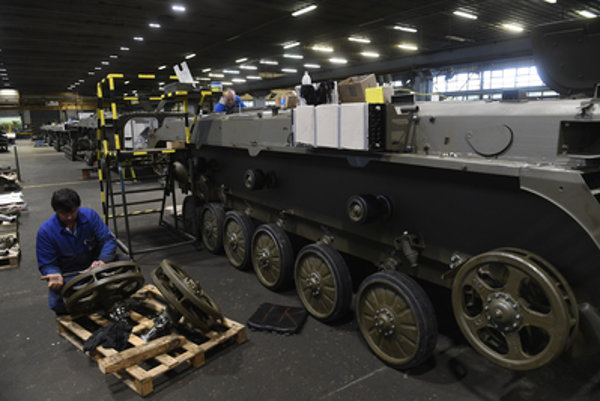 The MSM company created the Tatra Slovakia joint venture in cooperation with the Tatra Trucks Kopřivnice group. The task of the new company is to repair, service and develop and produce Tatra vehicles for the defence industry as well as the civilian sector.

Within three to five years, the production rooms in the former Military Maintenance Company (VOP) in Trenčín are to be expanded and adapted, and 100 to 150 new employees are to be hired, head of the Trenčín division of the MSM Land System Miloslav Bobek told the TASR newswire.

“We plan to renovate the current premises and even build new ones, if necessary,” Bobek explained for TASR. “The overall strategy is planned for three to five years, but the first production possibilities will appear in our plant next year already.”

The Tatra brand is the third oldest car brand in the world, and with a hundred year tradition, the vehicles being much in demand all over the world.

“Globally, there is interest in these cars from Asia through Africa, all the way to Latin America, especially due to the high passability of this vehicle, and its performance,” Bobek said, as quoted by TASR. “In the civilian sector, they are especially used in mining companies, quarries and poorly accessible grounds. Four-wheel, six-wheel, and also eight-wheel military cars are attached to the Tatra chassis, as well as special vehicles.”

The MSM Group consists of several plants in Slovakia, with also a branch in Serbia. It focuses mostly on special technology and the defence industry: the Trenčín plant specialises in wheeled and tracked technology, the Nováky plant in ammunition and the Banská Bystrica one on the aviation industry.

The MSM Group is headquartered in Dubnica nad Váhom, where the production of small-bore and big-bore ammunition is located. Around 300 people currently work in Trenčín, while there should be up to 500 employees within five years, TASR reported.