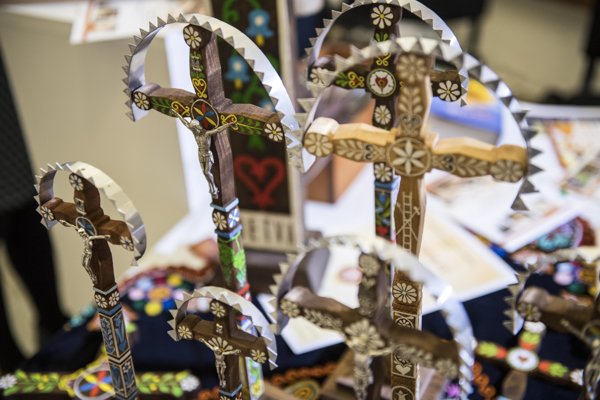 Not long ago, old side-road crosses and wooden painted tomb crosses typical for Detva were enlisted in the UNESCO Intangible Cultural Heritage List.

Woodcarver Milan Malček has brought this symbol of the Podpoliansky region in a miniature version into homes for 15 years now.

Malček started to carve wooden crosses when he was about 50 years old. Some of them are only a few centimetres, some measure about one metre.

“I got the impulse to create miniatures from the owner of a local folk-art shop when she gave me a small wooden cross and asked me to decorate it,” Malček explained for the TASR newswire. He added that he immediately thought about Detva road-side cross motifs.

“I painted some of them and gave them back to her shop. They were sold within a few days,” he said for TASR. “Then I thought, I can create more,” he added.

Miniature crosses are made from linden tree wood and painted with acrylic paint. Currently, Malček creates one of the most wanted souvenirs from the Podpoliansky region in the kitchen of his small flat in Detva. He is mostly busy before Christmas, when Christmas markets are open all over Slovakia.

His crosses decorate not only Slovak houses but also houses of compatriots in Europe and even further abroad.

“Pope Francis has one of them, he got it during an audience,” Malček commented for TASR. 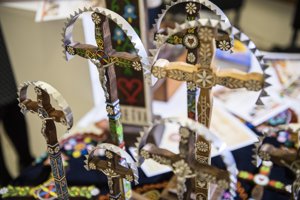 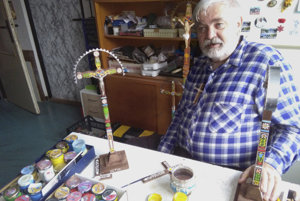 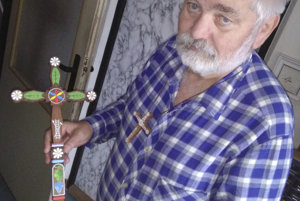