Light of Bethlehem will shine in Bratislava

The inhabitants of Dúbravka will be able to take it home as of December 16. 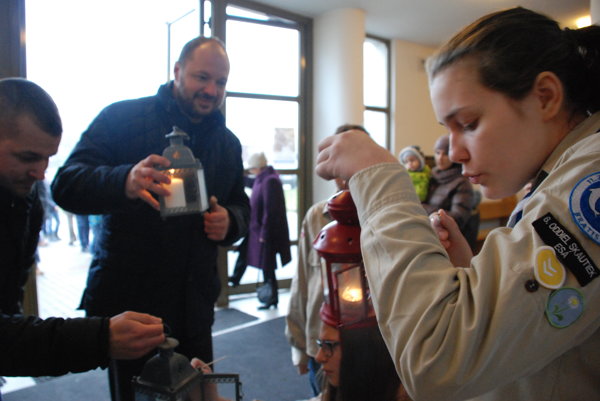 A symbol of peace, the Light of Bethlehem will arrive in Bratislava’s city borough of Dúbravka on December 16. It will be brought by the White Dolphins scouts.

People who will want to take the Light of Bethlehem home will have the opportunity at the local house of culture from December 16, and at the borough’s municipal authority on Žatevná Street from December 18.

“The light is a symbol of love and understanding,” said Dúbravka Mayor Martin Zaťovič, as quoted in a press release. “I hope it will be spread across Dúbravka since people can take it home and give it to their close ones.”

The Light of Bethlehem is launched every year before Christmas from the flame inside the Church of the Nativity in Bethlehem. The scouts bring it to towns and villages across Europe, and to some North and South American countries.

In most cases, the light is first transported by plane to Vienna, from which it is then brought to other municipalities by train. The Slovak scouts also bring the light to the summit of the Lomnický Štít peak in the High Tatras.