The three-time world champion will start the new season in a month's time in Australia. 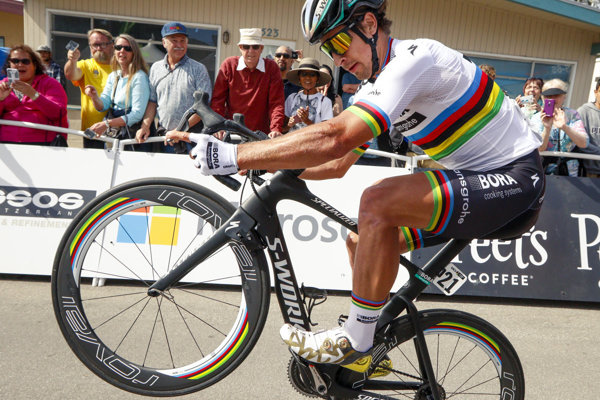 After the birth of his son Marlon, in late October, Slovak cyclist Peter Sagan pulled back to spend time with family. Since then there has been only scant information about him. This situation has recently changed however, the Sme daily reported.

Firstly, Sagan and the International Cycling Union (UCI) agreed to end the legal dispute over the rider’s disqualification from this year’s Tour de France and agreed that the elbowing of British rival Mark Cavendish was an unfortunate and unintentional race incident.

Afterwards, the news that Bora-Hansgrohe team manager, Ralph Denk, had a Peter Sagan tattoo on his lower left leg after he lost his bet with the Slovak cyclist that he would not win a third consecutive road race world championship title, hit the media.

And recently Sagan has informed his fans on social networks about his training in Palma de Mallorca and has demonstrated an impressive core workout.

The three-time world champion will start the new season in one month's time in Australia. Here he will attend the Tour Down Under, starting on January 16th.