The completion deadline has not been postponed yet. 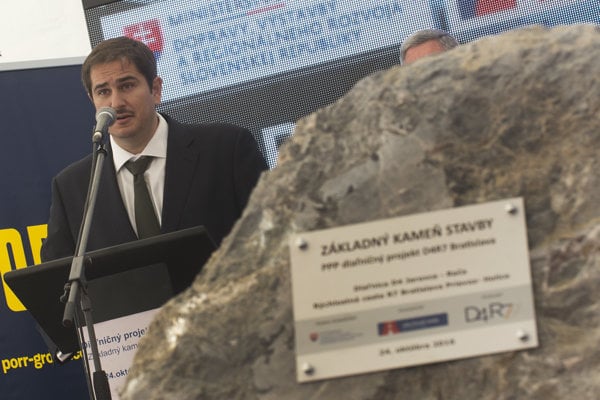 The construction of the Bratislava bypass, projected to form part of the D4 highway and the R7 dual carriageway, is expected to proceed “ full steam ahead” as of spring 2018, and its completion deadline has not been postponed yet, Transport and Regional Development Ministry State Secretary, Viktor Stromček (Smer) informed on December 13.

“They have told us that they’ll be going at full throttle in the spring,” said Stromček, as cited by the TASR newswire. “They’ve got all the construction permits and have been granted access to all pieces of land, so nothing stands in the way of their proceeding with the work at full speed.”

For the time being the completion deadline will be not postponed. Stromček conceded that the state was late by two to three months in the case of some construction permits. They were all in force only in September.

“We have no new timetable in which we would grant consent to postponing deadlines,” said Stromček, adding that the project is scheduled to be completed in October 2020, although the R7 is to be opened in April 2020. 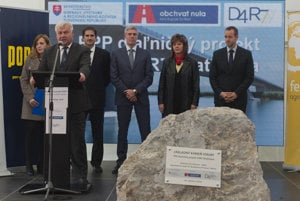 Stromček conceded that the ministry had expected a quicker pace of construction, although it finds only the deadlines anchored in the contract to be important.

“Therefore, it’s in the contractor’s hands as to when to start the work and how to organise it,” said Stromček.

The project is being built by a consortium of companies headed by Spanish firm Cintra as a public-private partnership (PPP) scheme. The contractor will build the roads and operate them for 30 years, receiving annual instalments of €52.8 million from the state over a period of 30 years or €1.76 billion in total, adjusted by inflation.